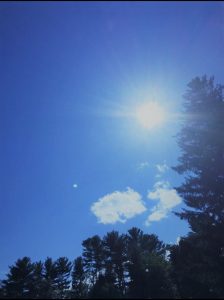 I tried a case recently which made it clear that the way I did it might be a little out of the ordinary.  Whether that’s a good or bad thing, is up to you.

It was a bench trial, so it was just the parties presenting their cases to a judge, not a jury.  We were the Plaintiff in a commercial case, so we went first.

Our case was simple: We had a contract to perform a job for an agreed price; we completed the job, but the Defendant wouldn’t pay us what it promised.

There was more to it than that, though: there had been problems completing the job, and we had to go back and make repairs.  The time it took really wasn’t a sticking point; the Defendant didn’t want to pay because it claimed there were still mistakes that hadn’t been corrected and, more importantly, it had given us a full-payment check at the time we completed the job, which we cashed.  A full payment check states it is in full satisfaction of the entire outstanding balance, even if it is actually for less.  The Defendant’s argument was that it created an accord and satisfaction, which is basically a new contract that superseded the first; more or less a negotiated settlement.  Though we will get into accord and satisfaction more deeply in a subsequent article, we quickly got over that hurdle because, while we deposited the check, we endorsed it “Under Protest,”  which allowed us to proceed against the Defendant for the remaining balance.

We had a clear choice: try to show the dispute was all the Defendant’s fault; gloss over the problems on the job (which did occur), and establish that we completed the job correctly, and should get paid, everything (all of which was true).  Or we could admit what we had done wrong, show how we tried to fix it, show what the job looked like at the end, and establish that the Defendant stopped us from doing even more remedial work.

We chose the latter: rather than hide the problems, we embraced them, and showed how we went beyond what was reasonably required to correct them, all to make good on the deal, and how, despite that, the Defendant still refused to pay the full contract price.

After we closed, the judge thanked both sides for the way they conducted the case, which is standard.  But more importantly, the judge thanked us for being honest and admitting that it was an unfortunate situation, in which things did go wrong and we did our best to try to correct them. The best way to put it was that he looked pleasantly, but genuinely, surprised.

We got the verdict: we won.  Though the strategy may not always pay off, it seems fairly certain that doing things the other way, with a take-no-prisoners, all or nothing approach, would have been a whole lot worse. We would have come across as no different than any of the hundreds of others who tried to shine their halos while pointing out their opponent’s pitchforks, and who, of course, wound up in court through absolutely no fault of their own.  Based on what we could tell, if we had tried the case that way, we would have lost before we rested; the judge wouldn’t have seen us, but everyone who came before us who tried the same thing.

Real life isn’t neat and clean; people, and companies, make mistakes.  A trial is just a real-life story, written large, and you always have to play the hand you’re dealt. Maybe sometimes, though, admitting what you did wrong, and how you tried to make it right, isn’t such a bad idea after all.  It’s just a thought.