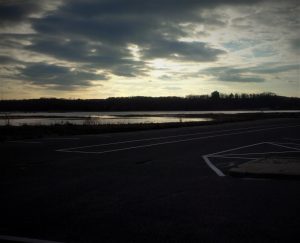 How can you win your trial?

The other day I stopped by a meeting. I didn’t have a lot of time, so I didn’t plan to stay long, but I saw a map on a table.  It had little dashed lines, weird-looking circles, and different shades of green.  Another guy came over and we started talking about the map, but not really.  We talked about the hills and valleys, ridges and streams, songs and floods and laughs and climbs; good stories, all.

That little map came alive.  The map was what we saw and who we met, and the cadence we sang, still clear as a bell, at 10,000 feet.

We saw the blue sky and the bald eagles; felt the hot sun and the cold rain; wore the heavy backpacks and tasted the Lara Bars (don’t ask).   The map wasn’t the story, but it let us live the story again.

It’s funny how little things can help tell a story; there’s no guaranty fancy gadgets or powerful software will.  Lectures describing the minute details of an argument are no substitute for a good story. People love a good story.

A trial is really just a chance to tell your client’s story, to convince people she should get what she deserves.  Even in commercial litigation, you get to put a name, and a face, on the company you represent, show the real people who make it work and tell their side of the story.

By the time you get to trial the facts are pretty much set in stone.  There’s more than one way, however, to tell them.  Present a straightforward timeline and you might put everyone to sleep. Tell a good story, with a who, a what, a where, a when, and, most importantly, a why, and people just might pay attention. Make it compelling and let the judge and the jury get to know your client, feel for your client, and chances are you’ll succeed; not always, but it can be your best shot.

If you read this blog you’ve probably seen this place the map shows. It’s gloriously miserable. It’s where you can sit at a stream and hear a subway car rumbling towards you just before you scramble up the overgrown side of a cliff to avoid the oncoming flood, barely picking up your gear as you go. The kind where you steer clear of the rattler minding its own business and try to avoid the streams that like to run through your tent.  The kind with sleet so big you can have snowball fights with softballs in the summer, under double rainbows that come out when the sun comes back.  The kind where you watch the sun rise over the canyons before you go to the top of the world, with snow-covered mountains and the desert on opposite sides.  The kind you never quite dry off in, but no matter how wet you get, never quite get clean, either. Where you eat what you bring and hoist it at the end of the day because you want to be there to have it in the morning.  And the place you laugh about, all this time later. Everyone should have a place like that.

To answer the question from the beginning:  It’s the story that counts. Tell your story, the right way, warts and all, because real-life isn’t neat and clean.  Sometimes you don’t need a lot of magic to tell a good story, just some well-chosen words with something familiar to wrap them around, and a good person to tell it.  And, if you tell the story right, people will know exactly what you’re talking about, just like they were there with you.

There weren’t any photos at that meeting.  There were only a few who knew the place on the map and plenty who wanted to know. By the time we were done, though, everyone knew. Pictures are good, but this time, a map was better, because it let you see the whole picture.  If you can get a jury, or a judge, to see that, you’re more than half way home.

Words can only do so much. Just because you say something happened, doesn’t make it so.  But people can tell. They can watch someone, listen closely as he talks, and, more often than not, know. At a trial, that’s what juries, and judges, do. When someone takes something as simple as a map and turns it into memories of people, places, and things, you know, and you don’t need a fancy PowerPoint presentation to know it.  Who knows, a good story might even help you win your case.   ‎