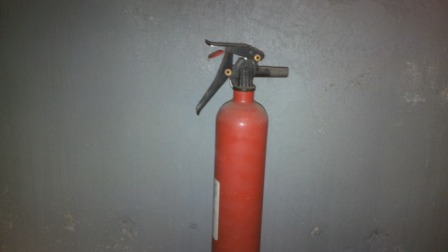 We have been discussing what businesses can do to protect against the Federal Trade Commission commencing an enforcement action against them for allegedly failing to take reasonable precautions to ensure the safety of their customers’ private data, such as financial information, dates of birth, social security numbers, and even health records: Develop, and implement, industry standard, and commercially reasonable, data security practices. This time, we will see just how effective those efforts are by, in effect, asking Target.

What makes such Industry Standard Practices and Commercially Reasonable Efforts so promisingly effective is that:

Some companies, and industries, have gone to great lengths to define Industry Standard Practices and Commercially Reasonable Efforts for themselves. We previously pointed out the extraordinary data security efforts leading retailers were taking to protect the safety of their customers’ sensitive, private information; how they were sharing information, between themselves and governmental agencies, and collaborating with outside experts, to develop industry standard practices in data security; how they established an independent entity, the Retail Cyber Intelligence Sharing Center, or R-CISC, to do exactly that. We also examined a benefit of, if not the actual reason for, the retailers’ efforts: To protect themselves.

Retailers seem to be some of the most tempting targets of data security breaches. They handle large amounts of their customers’ financial information every day. Credit and debit card numbers are perhaps the most inviting targets because they are so lucrative and can be turned into illicit gains so quickly by cyber-criminals. Here are some facts which might put the retailers’ efforts into perspective:
.

This might be considered unusual, in light of what has been reported to be Target’s alleged responsibility for the data breach. According to a report, which we previously noted, by Michael Riley, Ben Elgin, Dune Lawrence, and Carol Matlack, published in Bloomberg Businessweek on March 13, 2014:

There are a number of differences between the LabMD case, the Wyndham case, and the Target data breach. One, though, seems clear: Target is working to define Industry Standard Practices and Commercially Reasonable Efforts for data security. Target, reportedly, strongly supports the Retail Industry Leaders Association’s cybersecurity initiative noted above, and will have a senior executive sit on its board.

When you consider those facts, the potential benefits of such efforts to create and define Industry Standard Practices and Commercially Reasonable Efforts for data security, through public-private partnerships with the involvement of law enforcement agencies, become even clearer. No one knows what the future might hold; and that is all the more reason for such an insurance policy.