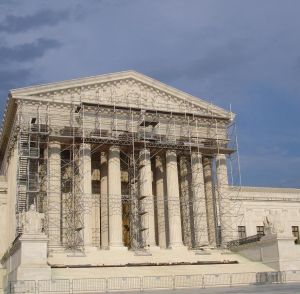 Did you ever wonder what makes a trial attorney? Trials are strange, unique things that everyone seems to have an opinion on: An opinion on the outcome, the evidence, the witnesses, the jurors, and the lawyers; especially the lawyers. They did a good job; they did a bad job; can you believe they asked that question? How could the lawyer let that witness testify? What was he thinking? Everyone has heard the criticism, the Monday morning quarterbacking. Has anyone really thought about what goes into actually conducting a trial; the planning; the execution? Watching and learning from what others do, how they do it, what they do right and what they do wrong, all help you become a better trial attorney; but in the end it’s up to you and you alone. That’s what makes it great.

Being a trial attorney is something you either love or hate. If there is one word that sums it up, that word is intense. It’s nothing if not intense. You are the one calling the shots, executing the game plan, calling the audibles trying to anticipate the defense. Everyone is looking at you, looking to you, during the entire process. There’s pressure: What happens if you make a mistake, flub a direct examination, or go too far in your opening? What if you don’t listen closely enough during the direct examination of your opponent? What if you miss something during your cross-examination of the same witness, and mistakenly give him a pass on a point crucial to your case? These can keep you awake at night, both in the days leading up to the trial and, most definitely, in the nights during the trial. It’s not always easy to relax during the trial. When you’re on trial, it’s not easy thinking of anything else.

But what if you get it right, nail the cross of your adversary’s main witness and blow his case out of the water? What if you pick up something that the other side said inadvertently and use that little opening to wedge through your main point? What happens if all of your preparation and hard work allow you to improvise and react seamlessly, gain the respect of the jury, get them to listen, not just hear, what you’re saying and win them over? What happens if you actually do your job well, do it right, and win? When all the eyes are upon you, when everyone is waiting for you to make a mistake, what if you actually come through in the clutch? That is something you remember, always.

If you can take the pressure, give it your best shot, and want to do it again, you are a trial attorney. It’s time-consuming, physically demanding and draining. It is as close to pure concentration as you will ever get. Time absolutely flies. During preparation, while scripting out a cross-examination of a key witness or drafting an opening statement, there will be pages and pages of writing; but, when you’re done, you’ll be surprised about how much time actually has passed. You may think it took an hour but when you look up it actually took three. Sometimes, you’ll find yourself so heavily involved that you’ll have to remind yourself to do the little things, like eat.

During the trial, you won’t care what else is going on. You might pay attention to the weather, at least to know whether it will be raining on the way to the courthouse. You probably won’t know much, however, about what happens out in the real world. What made the morning paper, the evening news, the top story on your local patch, what everyone is commenting about on Facebook or tweeting about on Twitter, or even the current viral video; none of these will be on your radar. What you will know are the intricate details of the parts, the contract, the accident, the insurance claim, or whatever it is that you are fighting about. You’ll know the intimate details of the proposed jury charges and how your case will fit smoothly into them. You’ll know what exhibit you’ll need to have admitted into evidence in order to let the jury see your point, and the rightness of your case. If you’re fighting about a part in a products liability case or commercial transaction dispute, you’ll know what it does, what it was supposed to do, how to use it, and how it actually was used. You will know why it performed the way it did, and why it would have been fine if only the plaintiff had put it into a proper application, within its specs. If you’re defending an insurance company against an arson claim, you will know how, where, and when the fire started; whether an accelerant was used or whether all of the possible accidental causes of the fire were ruled out; who had access to the point of origin and whether or not there were signs of forced entry; where the insured was, and where he said he was, when the fire started; and whether the insured had a financial motive to have the fire intentionally set. In other words, no matter what your case is about, you’ll know it as well as your client does; live it, breathe it, for the duration.

During the trial you may not get to know what the latest flash mob is, but you will know what the evidence in your case is; what the witnesses said before the trial and what they say during the trial; what you intend to prove during the trial and, by the end, what you actually have established at trial. You will know it all so well that you will be able to orchestrate it so that it comes together as one big, logical, explainable picture. Like a good jazz musician, you will be able to improvise through the inevitable unforeseen problems; the witnesses who don’t show up or whose memories fade; your client who too easily lets words get put into his mouth by the plaintiff’s attorney on cross examination; or your expert who seemingly does not have the courage of his convictions.

When the trial’s over, there still will be current events to catch up on. You’ll have time to figure out why Julie Andrews was singing, in English, in a Belgium train station at Christmas time, and why even the dancers looked surprised until they started dancing. And your trial will be over, win or lose, with you left hoping to get back in front of a jury as quickly as possible because that’s what you are: A trial attorney.