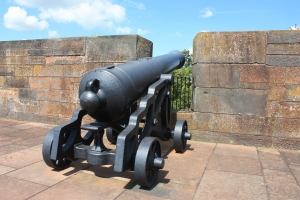 When an insurance company provides liability coverage, in New York or elsewhere, it most often provides an attorney to defend its insured against lawsuits for risks covered under the policy it issued. This is true whether the insured is covered by an automobile policy, homeowner’s policy, business-owner’s or BOP policy, or title insurance policy; if the allegations against the insured are covered by the policy, the insurer will retain counsel to defend the insured against those same claims. The attorney can be in-house counsel or outside counsel retained by the insurance company on a case by case basis. Who this counsel, often called “retained counsel” or “assigned counsel” represents, may surprise you. The answer is something every carrier, claims adjuster, and policyholder in New York should remember: The insured. In assigning counsel to defend an insured, the insurance company should be careful to select one that knows, and follows, this rule.

First, the duty to defend an insured is by its very nature delegable, as all the parties must know from the outset, for in New York–as in California–an insurance company is in fact prohibited from the practice of law (Judiciary Law § 495). Accordingly, the insurer necessarily must rely on independent counsel to conduct the litigation. Second, the paramount interest independent counsel represents is that of the insured, not the insurer. The insurer is precluded from interference with counsel’s independent professional judgments in the conduct of the litigation on behalf of its client (Trieber v. Hopson, 27 A.D.2d 151, 153, 277 N.Y.S.2d 241; American Employers Ins. Co. v. Goble Aircraft Specialties, 205 Misc. 1066, 1075, 131 N.Y.S.2d 393; see also, Code of Professional Responsibility EC 5-17, 5-21, 5-23).

The most important lesson to take from this is that the retained defense counsel owes its duty of loyalty to the insured and, once it has been retained to represent the insured, it cannot help the insurance company decide coverage issues involving the same insured.

Whether the insurer owes the insured a defense and/or indemnification against the particular allegations involved in a given case, is something that the carrier should decide before it retains defense counsel. Often, if there is any doubt, the insurer will issue a reservation of rights letter to the insured before defending him, outlining the possible coverage defenses which may later be found to apply. Many times, facts will be developed which will show that those coverage defenses do apply, such as when the allegations in the complaint are clarified through discovery to show that they do not fall within the risks covered by the terms of the insured’s policy. When the carrier needs to make a decision as to whether or not to continue to defend and/or indemnify the insured, however, it should not look to retained defense counsel for any guidance, and that retained defense counsel should refrain from offering any. Instead, the carrier should refer coverage questions to coverage counsel; i.e., other counsel who can represent the insurer’s interests in the matter without conflict.

Whenever an attorney is retained by a carrier, he has to be certain in what capacity he has been retained, and be careful to stay within that role. If the insurer has assigned him to defend the insured, then his client is the insured, and he cannot provide coverage analysis of the terms of the insurance policy pursuant to which he has been retained, because to do so would be to the possible detriment of his client. Retained defense counsel should continue to defend the insured in the underlying claim to the best of his ability unless and until a court allows him to withdraw and he cannot argue issues of coverage in requesting to withdraw. To do anything less would be a disservice to the insured and the insurance company.

At the same time, the insurance company’s adjuster handling the claim should not want retained defense counsel’s coverage opinion; it only will jeopardize whatever coverage determination the adjuster ultimately makes by opening it up to collateral attack. The adjuster’s determination will be on much more solid ground if he obtains a coverage opinion from separate, coverage counsel, retained specifically for that purpose.

This does not mean that an attorney, or a firm, can be retained only to defend insureds or retained only as coverage counsel. They can do both, just most often not for the same insured, and definitely not on the same claim, as long as there is no conflict. Knowing the difference between the two roles benefits everyone. Every adjuster should keep this in mind when assigning and retaining counsel; it will do much to ensure a successful outcome of the case, and that, after all, is the goal.