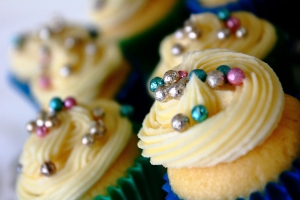 As we have talked about, negotiations are important, to businesses, their employees, and customers. Everyone wants to get the best deal possible. Being able to achieve it, however, is no easy task. How you conduct negotiations, the negotiation strategies that you should follow in order to get what you need out of the negotiations, might sound like academic gobbledygook, but they really are common sense ideas that have real life consequences for real life people. Businesses fail, employees lose their jobs, and products we all know and love go away, when emotion gets in the way of reason; these negotiation strategies are a way to avoid that.

We previously wrote about the need to know what you want before you begin to negotiate and the dangers of playing hardball once you start. This time we’ll talk about determining what your best alternative to a negotiated agreement, or BATNA, is. Put another way, your BATNA is your best fallback position if negotiations fail. It’s a common sense concept that gives you an idea of when you should accept an offer, when you should fight, and when you should walk away. Knowing your realistic bottom line, and that of your opponent, is essential to getting what you want, and preventing you from giving away more than you have to, in negotiations.

In order to determine what your BATNA is, you first need to actually know what all of your alternatives are. The most important, and overlooked, step is to make sure that you compare them as apples to apples because none will be exactly the same. As Harvard Business School and Law School Professor Guhan Subramanian pointed out in an article entitled, “Taking BATNA To The Next Level,” which first appeared in the January 2007 edition of the monthly newsletter Negotiation, your alternatives are not going to be directly comparable to what you can achieve in a negotiated agreement. His example, of a customer deciding whether to renew his current homeowner’s policy, proves the point. You can’t just compare premiums; you have to go through the coverages, to see what losses are covered and what you’ll receive if a loss actually occurs, before you know which policy gives you the best value. Saving a few hundred dollars a year in premiums may not mean much if you lose a few thousand dollars because the cheaper policy does not cover your loss.

It’s also a good idea to try to figure out what your opponent’s best fallback position is. If you can get some idea of what your opponent would do without a deal, and what it would cost him, you’ll better understand what leverage you have. If you want to know what you reasonably can achieve, you should know what will make your opponent walk away from the bargaining table.

You are much more likely to make big mistakes unless you honestly, and thoroughly, evaluate the best fallback positions for you and your opponent. A good example of what can go wrong is the labor dispute between Hostess Brands and the Bakery, Confectionery, Tobacco Workers & Grain Millers union that we wrote about previously, and is back in the news. The Bakers went on strike in November 2012 because they were unhappy with the pay-cuts that would have been imposed on them after Hostess filed for bankruptcy. As a result, Hostess liquidated its assets and went out of business.

The Baker’s fallback position evidently was that a large number of them might keep their jobs even if Hostess did go out of business. If someone would buy its assets and continue to make Hostess’ cakes, the new owners could rehire its unionized workforce. Based on that, the Bakers went out on strike. According to news reports, the Bakers miscalculated badly. Liquidating the company’s assets and closing shop was not nearly as hard on the former owners as on the Bakers. New owners did buy Hostess’ named brands and reportedly will start to sell them again. Twinkies’ new owners, the investment firm Metropoulos & Co., and Apollo Global Management, said Twinkies are due in stores nationwide July 15, 2013. The new owners, however, did not rehire many of the strikers and the workers they did hire reportedly are not unionized.

Perhaps the Bakers would not have gone on strike if they objectively evaluated what they and the former owners of Hostess would do if they did not negotiate an agreement. The Bakers and the former owners both needed new companies to buy Hostess’ brands. The former owners needed only to have the new owners pay for the assets. The Bakers needed to convince the new owners, after they had paid for the assets, to rehire the workers with full, or at least comparable, union wages and benefits. With that in mind, it isn’t surprising the way things turned out.

These negotiation tactics are important because they actually have real life consequences. With Hostess, it seems like the workers were the ones hurt the most. Even though we’re going to get our Twinkies back, that really is a shame.