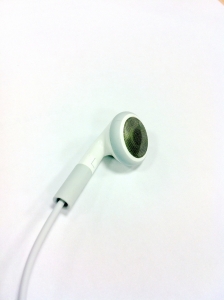 When you are investigating insurance fraud, what is technology really good for? The answer may surprise you: Listening.

Listening: Everyone knows what it is. Everyone knows how to do it. And everyone believes they do it well. Whether it’s investigating insurance fraud, negotiating a business deal, or trying a case, it’s perhaps the single most important skill you need in order to succeed. Whether it’s the company rep you’re negotiating with or the witness you’re interviewing, you will always have a better chance to succeed if you actually listen to them.

Listening is really just paying attention; to the person you are talking to; to what she’s saying; doing; to what she really means. Often, like the pages of a good book, you have to dig beneath the surface to get the true meaning. Standing alone, her words may say one thing; when they are put with everything she’s said before, they may mean something else; and when combined with her actions, her words will often mean something completely different. If you only hear her words, you’ll never know what she is trying to say. If you listen to her and pay attention to all the important details, then you’ll understand.

Technology has been in the news a lot recently. By now, just about everyone has heard of Edward Snowden, spying, and the NSA. Text Mining, Apache Hadoop, and HAIL, might even ring a faint bell, though they still probably conjure up pictures of wonkish IT-types speaking a language only they know. Would you be surprised to learn that technology has an awful lot in common with the very useful human art of listening? Or that many times it really just helps you listen better?

There is a television show on the National Geographic Channel, called Brain Games, with David Copperfield, the magician. In it he talks about using how the brain works to trick people with his magic. In one episode there was a particular trick I just could not figure out. The magician held five one dollar bills in his hand and showed them to the camera, one at a time, front and back, for everyone to clearly see, and then folded them back up into his hand. He almost immediately opened them up again and the singles had turned into $100 bills. I sat there with the remote, pausing, re-winding, and playing the sequence in slow motion over and over again, all the while staring at his hands, but couldn’t figure out how it was done. When David Copperfield explained it, though, it was obvious. They stopped the camera, and they exchanged the singles for a wad of hundreds. What made the whole thing so frustrating, though, was that I missed all of the obvious clues that showed they had done just that: they changed the magician’s hat and handkerchief, and changed parts of the background at the same time. The problem was, I was so focused on the hands that I missed everything else. Since I didn’t know what was important, I didn’t know what to pay attention to.

With all the information that’s available, how can you know what to stay focused on? Big Data is just that: Big. Estimates are that 7 million web pages of text are being created every day. There’s no way an average person, who can read only about 60 pp. per hour, can keep up. What good is all of that information if you don’t even know it exists, or, even if you do, you don’t know which of it might help you solve your problem?

That’s where technology comes in. It helps sift through the mountains of information that are out there to find out what you need to pay attention to. Computers can file it into easy to search databases. Remember HAIL? All that really does is sort information into what you could think of as different types of phonebooks, which arrange the information in different ways. Think of how much easier, and faster, it would be to find someone if you could look through not only a phone book arranged by last name, but one arranged by first name, another by address, one by age, and one by gender. Then think of how quickly you could find what you’re looking for if a computer, which can “read” between 15,000-250,000 pp. per hour, was doing the looking.

Going back to the magic show, think of what could have helped an investigator prove how the trick with the dollar bills was done. If she had a database of information about magic tricks, she could run multiple queries to determine relevant information; perhaps one on televised magic tricks, another on money tricks, and another on David Copperfield’s tricks. This would let her know what these tricks had in common and then she could keep an eye out for them. It wouldn’t take much to show that magic tricks performed in front of cameras without a studio audience often rely on video production techniques to succeed. That would have told her what to look for: any clues that the cameras had been stopped and started in the middle of the trick to create a gap in which the money could have been switched. For any trained investigator, knowing what to look for is more than half the battle; and being given a heads up on what’s important is often more than enough to get the job done. That is what technology does.