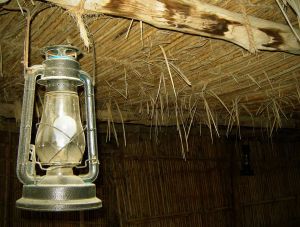 In our last article, we spoke about expert witnesses and how they play an important, if often misunderstood, role in trials in New York. Their main function is to provide opinion evidence about important issues that may be beyond the understanding of the average person, because of the specialized skill or training involved. Scientists, engineers, forensic accountants, and doctors, each can be expert witnesses under the right circumstances. They will not be able to testify as expert witnesses merely because of their title or because of their superior knowledge. The jury actually has to need them to shed some light on an issue important to the case that is simply beyond the knowledge and experience of the average juror. Many times, if a jury can figure it out on their own, the trial court will let them do just that and prevent an expert from testifying on the given subject.

A few interesting cases clearly show the limits of expert testimony in New York. In Ferguson v. Hubbell, 97 N.Y. 507 (1884), the main issue was whether the defendant was liable for two fires that had been intentionally set to clear brush and vegetation off his land. The fires had spread, after the wind kicked up, to plaintiff’s land and destroyed plaintiff’s house and barn. The plaintiff claimed that the fires should not have been set because it was too dry and too windy to control them. At trial, the defendant established all the facts the jury needed in order to decide whether the fires had been properly, and safely, set. He and his witnesses testified about the weather conditions, the speed of the wind, and the condition of the land at the time of the fires. The defendant, however, evidently succumbed to the urge to overplay his hand. He and his witnesses offered their opinion that it was proper to set the fires when they did. This was based on their supposed superior knowledge and experience in clearing land as farmers. The defendant won at trial; the jury ruled in his favor. The verdict, however, was overturned on appeal. The court held that no one should have been allowed to offer their opinion as to whether the fires had been properly set; that was the central issue the jury had to decide. According to the court, the jury had the common knowledge and experience with fire, brush, and timber, necessary to determine, based on the evidence presented at trial, whether the fires had been properly set. The important thing was not that the defendant and his witnesses had superior knowledge; it was that there was no need for their superior knowledge. The jury had a sufficient understanding of the issue to allow it to make a rational, reasonable, and just decision, without the help of expert opinions.

The much more recent case of Christoforatos v. City of New York, 90 A.D.3d 970, 935 N.Y.S.2d 641 (2nd Dept. 2011), dealt with a situation which is more common today than the burning of a fallow field: The plaintiff slipped and fell when he was entering a portable restroom in a New York City park. He claimed that he slipped on a bare patch of ground that had become slippery in front of the entrance to the restroom. The plaintiff sought to offer expert testimony about whether it was proper to place the portable restroom on grass, rather than pavement, where people walking to and from the restroom could cause a bare spot that could become slippery when wet. The appellate court upheld the decision of the trial court to exclude the offered expert testimony because it was unnecessary; bare spots being caused by large numbers of people walking on grass and those bare spots becoming slippery when wet, was something well within the knowledge and experience of most jurors. It did not matter that the plaintiff’s expert might have superior knowledge regarding the propensity of grass to wear out and die when trampled upon by a sufficiently large number of people or of the particular viscosity of the resultant bare ground when it became wet and turned to mud. What mattered most was that just about everyone has seen bare spots on grass, be it a self-made walking trail across a field in a park or a worn out section of a baseball field; everyone understands that the bare spots become slippery when wet; and jurors do not need an expert to tell them what this means or what can happen as a result.

As you can see, expert witnesses are not always necessary. You cannot use one at trial simply because you want to, even if she is the most well-qualified, knowledgeable witness there is on a particular subject. If a jury needs an expert’s opinion, then you can use an expert at trial; if they do not need one, then you cannot use one.