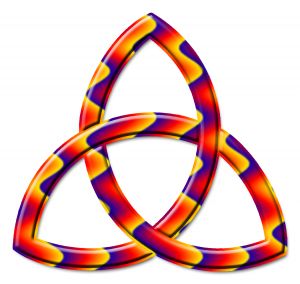 Trial practice is well-named; it involves a large amount of practice. How you practice and prepare, though, is often just as important as whether you do so at all.

As any trial attorney will tell you, preparation is important. A trial attorney will map out what he wants to say and how he wants to say it; all the while trying to figure out the best way to win over the jury. He will prepare his opening statement, the direct examinations of his witnesses, the exhibits he wants to get admitted into evidence through them, the cross-examination of his adversary’s witnesses, and his closing argument. Even after he prepares them, after he writes numerous drafts of each until he is completely comfortable with them, the trial attorney often will say them; learn them; memorize them; i.e., he will do a dry run of each. His colleagues may get annoyed; even if he closes the door to his office, they can still hear him. His family may not want to listen to one more rendition of his closing argument; no matter how eloquently he sums up, they just are not interested in all the reasons why the insureds intentionally set fire to their house to collect on their homeowner’s policy of insurance and stop foreclosure. As the trial attorney drives to the courthouse, talking and gesturing to himself as he rehearses his opening statement one last time, the people in the cars around him probably think he’s a crazy person arguing with himself.

A recent scientific study published in the peer-reviewed online journal Behavioral and Brain Functions, suggests that adding movement to “dry run” rehearsals in disciplines where such rehearsals are routinely used, significantly improves performance. The study involved a group of 12 high jumpers and compared the performance of those who only pictured themselves going through a high jump, with those who added certain “dry run” or limited physical movements to their mental rehearsal. In this case, the high jumpers, though standing still, added arm movements while imagining themselves executing a high jump. The study was based, at least in part, on the fact that picturing yourself performing a task, i.e., mentally executing it without any physical movement, can improve your ability to perform that task, and that such imaging uses a similar part of the brain as actual physical practice. The study found that mental rehearsal alone increased performance by 35%, but adding simple physical “dry run” movements to the mental rehearsal, increased performance by 45%.

These findings seem to confirm the idea that you should practice under conditions as similar as possible to those under which you actually will perform. Trial attorneys are not necessarily athletes, but when you try a case you do put on a performance; one with a good amount of physical movement. If you rehearse your closing argument by yourself, sitting down, you might have a difficult time confidently striding around the courtroom, swaying the jury with your convincing summation.

Though you may not have everything you need to fully simulate a trial, since a mock jury is not always within reach, there are things you can do. Getting up and walking around the room, using hand gestures and body language to emphasize your points, picking up exhibits when you refer to them, just as you would when you actually give your closing, might allow you to execute the whole thing better. It might make you more comfortable in front of the jury or it might give you the added sense of security found in routine; having done it before, under similar circumstances, you can do it again without having to sweat the little things, like where you should stand or how you should walk.

No matter what the reason, mimicking at least some of the physical movement involved in giving a trial presentation can only help, not hinder, your actual performance in front of a jury. Those crazy animated hand gestures while sitting alone in the car on the way out to the courthouse, maybe aren’t so crazy after all; at least I’d like to think so.