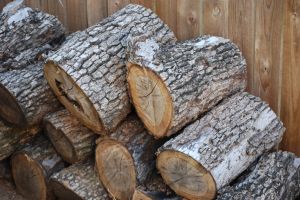 Negotiations are an important part of everyday existence for all businesses, whether big, medium, or small, whether they are located in New York, around the country, or anywhere in the world. Every time businesses buy and sell goods and services, they negotiate. Business owners want to buy low and sell high. They want to break into a market either by undercutting their competition or by charging a premium for their product to convince buyers of its superior quality. Business negotiations impact the lives of everyday people, too. Everyone knows what a Kindle is, what an iPad is, and what e-books are. Many either have, or know someone who has, at least one of them. In the last few years it’s become common for people to walk around with their nose in their tablet, either reading an e-book or surfing the web. Business negotiations played a big part in making this happen.

A good negotiator is a hard person to find. She’s someone no one else wants to go up against, but everyone wants, and needs, on their side. Whether you can become one is open to debate, but there are a few things every business owner, corporate officer, or attorney, i.e., anyone involved in negotiations on a regular basis, can do to increase their chances of success. Perhaps the most important thing is knowing what you want. Recent news stories point this out.

The United States Department of Justice has sued Apple over its alleged role in price-fixing the retail cost of e-books; the trial started this past Monday, June 3, 2013, in the United States District Court for the Southern District of New York. According to news reports, Apple is charged with conspiring with publishers to raise the price of e-books in 2009 when it sought to enter the e-book market with its iPad. At that time Amazon.com was selling 90% of all e-books, some at a loss, in order to support its e-reader, the Kindle, which it introduced two years earlier. Apple was looking for a way into the market, and the publishers reportedly were looking for a way to increase prices, and presumably profits. Allegedly Apple, at the suggestion of two of the publishers, agreed to a different pricing model than Amazon.com. The agency-model, as it was called, let the publishers set the price for the e-books and set Apple’s compensation as a fixed percentage of the sales price. According to published reports, the Department of Justice alleges that Apple’s entry into the market gave the publishers what they had been looking for: a way to increase the price of e-books. Apple is the sole remaining defendant in the case; the publishers have settled.

What makes the Apple trial interesting is the way it demonstrates the stakes, and strategies, involved in business negotiations. Even Apple, the maker of personal electronics that can be found everywhere, had to negotiate its way into a market that was dominated by its competitor. Its apparent decision to accept a compensation agreement favorable to its suppliers, whether that was because the suppliers had the upper hand or because it presented a win-win situation, had ramifications not only for itself and its suppliers, but for the whole consumer marketplace. The Justice Department has challenged even the one type of the provision cited in news reports that explicitly benefitted Apple, the so-called most-favored-nation clauses. These permitted Apple to lower the sales price of an e-book if one of its competitors sold it for less. The thinking probably was that Apple did not want to be undersold, and therefore lose potential customers. How could they effectively compete if their competitors consistently sold the same product for less? If this bit of self-preservation is determined to be unenforceable, what impact will it have on the music and television industries where most-favored-nation clauses reportedly are common?

There is a negotiation strategy, referred to as the added-value, or win-win, strategy, which might explain the pricing plan Apple agreed to with the publishers. It says that a good way to get what you want is to offer as close to a win-win situation as you can. If you make the pie bigger, show the other side how you both can benefit from an on-going, mutually rewarding relationship, you often can achieve more of what you want than if you view negotiations as purely an adversarial, zero-sum game in which one side wins and one side loses. The agency plan clearly benefitted the publishers, who now could set, and therefore raise, the price of e-books. Apple might have believed that it was more beneficial to increase the number of e-books it could, and did, sell, than increase the percentage profit it made on each e-book.

We do not know how Apple’s compensation under the agency plan was arrived at. News reports said that Apple was to receive 30% of the sales price of each e-book it sold. There is a way Apple might have been able to increase its compensation, if it had wanted to. New research has found that a negotiator can gain the upper hand when she sets a specific, precise dollar figure, instead of a rounded-off, approximate figure, during negotiations. The research, conducted at the Columbia Business School, by Professors Malia Mason and Daniel Ames and doctoral students Alice Lee and Elizabeth Wiley, found that those offering the precise dollar figure were perceived to be better informed about the true value of the offer they were negotiating. As a result, they received more of what they wanted in the negotiation because the person they were negotiating with believed there was less room to maneuver.

No matter what strategy you use, it is always a good idea to have a game plan before you enter into negotiations. Knowing what you want, and having a plan on how to get there, are more than half the battle.