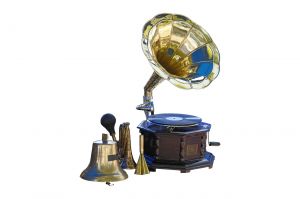 Technology is not the only thing you need to investigate insurance fraud. Technology might tell you who to question, but someone still has to do the questioning. Analysis of big data might give you a lot to talk about, but someone, preferably with a little training and experience, is going to have to have that conversation. Technology might be able to sort through a tremendous amount of otherwise indecipherable data in order to identify, or obtain, clues about possible fraud. No matter how good the technology, no matter how vast the meta-data, no matter how many computers parse the data, a skilled investigator still has to connect the dots, and, eventually, a lawyer still has to convince a jury that those dots create a clear, unmistakable picture of fraud.

The interview, where one real person talks to another, is necessary in all fact-finding, whether it be a fraud investigation, a deposition in litigation, or a criminal prosecution. How to obtain information from people, however, is an art, not a science. There might be rules to follow and methods to learn but, by themselves, they are not enough.

An article in the June 1-2, 2013 Weekend Edition of the Wall Street Journal points out the art, and skill, involved in obtaining information from people who may be reluctant to provide it. The author, Jason Matthews, is an ex-CIA agent with more than 30 years of experience, who worked in what now is known as the National Clandestine Service. He talks about what it takes to convince people to spy against their own country. The key, he argues, is to find out what motivates a person. He describes four basic motivational factors, common to all people, that he used. Known by the acronym MICE, they are: money, ideology, conscience, and ego. According to the author:

Money is the most straightforward motivational factor. It’s a business deal: the spy gives you useful information, you give him money. Greed may not be good, but it evidently can get you what you want.

Ideology, or the sudden loss of it, is the most potent factor of all, according to Matthews. The example he uses to prove his point, however, really proves another: sometimes, the most motivated person is the one driven by revenge against someone they trusted who hurt them or their family. Matthews describes one of the best assets in CIA history, Dmitri Polyakov. He was a Soviet military officer stationed in the United States, whose son became fatally ill. Moscow refused to allow his son to be treated by an American doctor. He became one of the best spies in CIA history. Simple.

The most potentially dangerous, is the spy motivated by conscience, especially if he is out to save, or to atone for the sins of, the world. In many ways this could describe the NSA leaker, Edward Snowden. If you read his coming out story in the Guardian newspaper, he justifies his leaks by claiming the American public must be told of the NSA’s programs because they simply have gotten too big, with too much room for abuse. He describes how he is a champion of internet freedom and does not want to live in a world in which there is no privacy, where the government knows your every move. He doesn’t seem to have been motivated by money since he reportedly earned $200,000 per year as a defense analyst and, as he pointed out, did not sell his secrets. He seemingly wasn’t motivated by ego, either, since, according to the Guardian’s reports, he was a former staffer for the CIA and had a fairly important job with a contractor within the NSA. In other words, he leaked classified information to atone, in his mind, for what he alleges are the sins of his government.

Ego is a tricky tool to use. If a normally meek person has his ego properly stroked, he’ll overcome his fears to provide what he is made to believe is crucial information. Once convinced that he’s important, that people depend on him, however, he’ll always need to be re-assured.

Importantly, blackmailing potential agents, threatening to expose their sexual or other misconduct, doesn’t work too well. The agent you get will be unreliable, and the information he gives won’t be much better.

What makes the article interesting is that most everyone likes a good spy novel, and sometimes real life is stranger, and better than, fiction. Learning about how the spy world operates always is intriguing, and enlightening.

What makes the article useful is that it demonstrates some of what goes into the art of persuasion. The same thing does not work with everyone; scripts are no good. You have to pay attention to the person. In many ways it’s more difficult to read a person than to read a book, and it requires a lot more thought and experience. In many ways, though, it’s the same; the true meaning isn’t just in what the words say.

An average person, who, right or wrong, feels stuck in the rut of his everyday life, may jump at the chance to tell what he knows about the accident he witnessed, especially when he finds out that five people claimed they were hurt while in the car in which he saw only two people. The single mother, trying to make ends meet in her low-paying job at the local clinic, may be able to put up with the lies and the cheating; she won’t risk her children’s welfare just to stop fraudulent billing. She will, however, reluctantly tell what she knows in order to make sure that no one else gets hurt by being put under for a medical procedure they didn’t even need. Even the arsonist will tell you, if you’ll only understand, that he really thought he could put out the fire, he wanted to be the hero, except that the fire just spread too fast.

The author, Jason Matthews, says that a bond of trust needs to be established. In a way he’s right. There has to be a reason the witness wants to give you the information; often you can see it, staring right there at you. It doesn’t have to be anything big; nothing grand. You can hear it, if you listen; it may be faint, but it’s there. Every person has a different story to tell and a different reason for telling it. You’ll never know what it is unless you listen. Listening and trust often go together; maybe they are even the same thing. One thing seems pretty certain, though: you can’t have one without the other; and that is a good lesson for every interviewer to learn.