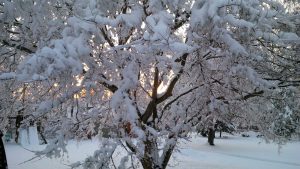 How can you prove something exists when it can’t be found?  If you ask an investigator, or a New York Litigator, it may not be as hard as you think.

There are always facts to ponder.  The other day I was listening to a podcast with an astrophysicist explaining Dark Matter.  It was more interesting than it might sound.

Dark Matter: things are supposed to work a certain way, interact with each other according to certain well-defined rules.  Think of Newton and the falling apple.  But what if they don’t?  What if the apple fell sideways, instead, as if something else is there, something you can’t see?  What if the only way to tell that it’s there is because it should be, but you just can’t detect it?  It would be something like looking at a dinner table with empty plates with crumbs, and pots and pans with scraps of food, but no one around. It just might have been a really good meal.

The scientist being interviewed explained how he studied a strange galaxy and discovered that there is no dark matter there, or at least not enough to detect.

Why is that important?  It actually goes a long way towards explaining how to investigate a claim or a case, by proving how something did, or did not, happen.

An investigator does not start by knowing why things happened or how; but he can see the end result.  So, he begins to look for relationships: Why did things happen the way they did?  What was the scene like?  How did everyone and everything end up, and how is that better, or worse, than they started out? The investigator might have to run down a few rabbit holes, chase leads that go nowhere, but in the end, he will arrive at the answer and be able to prove it.

Investigators start at the end and work backwards to the beginning.  To be good is to be thorough.  To determine what actually happened, and be able to prove it in court, you have to know what normally should have happened, and then determine what changed and why; and that is not always a straight line.

Forensic analysis, which is what this really is, can be used in many different areas of the law: In Subrogation (a library in a law office shouldn’t spontaneously burst into flames, unless of course the rags used to strip and refinish the furniture in it were not properly disposed of, and the material safety data sheets show that the chemicals the rags were soaked in can cause the rags to spontaneously combust).  In Commercial Litigation (hydronic valves are not faulty just because the PTAC Units they are placed in fail; there might be a good reason why your forensic engineer’s conclusion that the failure was caused by other components, is met by the Plaintiff’s refusal to reveal its expert’s report, and the substantive basis for its conclusions, until the very eve of trial.  In Insurance Fraud (a ring did not necessarily disappear on vacation if the owner was in dire need of the money he would receive if it was a covered claim).

I never met a jury that didn’t want to know “Why?”.  Answering that question is essential.

Figuring out “Why?” is necessary, though not easy.  Sometimes you have to prove something is not there because if it was, things would have turned out differently.

This is similar to a case I tried a long time ago: If the Plaintiff had actually been hit by the Defendant’s car as it crashed through the store window, while he was standing about thirty feet back by the cold-case, chances are he would have been at the scene when the police responded and tried to figure out why the car smashed through the deli like the General Lee.  The car was there, the driver was there, the broken window and smashed shelves were there, and the police were there; but he was not in sight.

You never know the answer to a question until you look. You never try to make the facts fit your assumptions.  The best investigators work in the opposite direction; they start from facts and then determine how and why they occurred.  Whether you are an astrophysicist, investigator, or trial attorney, that is the best way to prove your case.