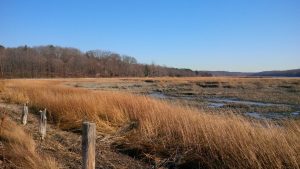 Sometimes something new is scary; something out of the ordinary gets you concerned. It might not be quite the same as you’ve run into before, or it might be something completely different. When you’re faced with something new, and you don’t know quite how to react, what would you do?

Would you find someone who’s faced the same type of problem before; someone who knows a little something about how to react; someone who can maybe come up with a game plan to solve your problem in the best way possible?

If you’re sick, you find a good doctor and maybe get a second opinion; if you need to wire a room to get light where no light has been before, you get a good electrician rather than run the risk of shocking yourself or burning down the house. If you’ve had an accident, you don’t go to a carpenter to fix your car, even if all you’re trying to do is put all of the pieces back together.

A client called me the other day. She had a problem. Her company had been sued; the price of doing business I guess. But this time an employee was a defendant, too; and they were being sued in federal court, and no one there really knew what to do. You could hear it in her voice: that was a problem. She kind of remembered that I had solved a similar problem for her a long time ago, but wasn’t really sure. She did know I’ve been in Federal Court many times, and thought I might be able to help, especially because the lawyers in other departments in her company were unsure.

So she did the right thing: she told me as much as she could about it, gave me details even if she didn’t know how or if they were important.  And I thought out loud, and we came up with a game plan. We decided on what had to be done, and when; deadlines get their name for a reason, so don’t miss them.

By the end she felt a whole lot better. It’s not over yet. You can’t guaranty how it’s going to turn out; but she has a much better chance now that we’ve decided what to do and how to do it, in the beginning, before it turned into an even bigger problem.

I always believed the smartest people are the ones who realize what they don’t know and try to find the answers from someone who does.  Faking it always gets found out.

Maybe you should keep that in mind the next time you look for a lawyer to help you with your particular problem.  You can’t be expected to solve every problem on your own.  Not every lawyer knows how to solve every problem. But maybe, if you find an attorney who’s dealt with your particular problem before, you just might shrink that mountain down to a mole hill after all.  Sometimes, you can’t let your feet be your only carriage but still, you’ve got to push on through. And, if you do that, maybe everything’s going to be alright, and you’ll still get credit for solving that problem after all.