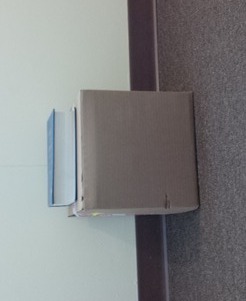 Trial lawyers are problem solvers. That is what they have to do and what their clients expect them to do. The biggest problem they face is how to persuade a jury. After all, the last time a trial went completely as planned was probably the first time one ever did.

Trial attorneys often rely on experts, and expertise, to win their case. The idea is that the average juror will recognize that the experts, whether lawyers or expert witnesses, know best and will follow along. The best way to solve a problem, though, just might be to think outside the box, which is something experts, including trial attorneys, do not always do best.

New research shows that finding creative solutions, from unexpected places, often leads to the best results, and that average people often can solve even complex, highly technical, problems better than experts and computers alike. Though the research has to do with molecular science, it sheds light on how you can win a trial.

Researchers, from Carnegie Mellon and Stanford University, have set out to better understand how RNA, which is one of the three macromolecules essential for human life, is designed. The hope is that this can lead to better ways to treat, or even cure, diseases or, believe it or not, even lead to building better computers, with RNA.

Normally the researchers would have done what they do best: conduct the research themselves. They would have used their knowledge, training, and experience to try to come up with the best designs. This time, however, they did something different: they invited people who had absolutely no special training, to design RNA. Surprisingly, or maybe not, those average people came up with far better designs than the experts.

There were three groups of competitors. The first was the on-line community of laymen, which now has more than one hundred thousand members. The second was a set of computers running the most advanced set of RNA design instructions, or algorithms, then known. The instructions came from experts; the computers added the speed. The third was a late arrival: the researchers took the best insights the laymen came up with, used them to develop a new set of instructions, and had computers use that algorithm to design RNA.

According to the researchers, it was no contest. The average people developed designs that had a 99% likelihood of being superior to those produced by the state of the art computer algorithms. They were better even than the computers that ran the new algorithm based on the laymen’s insights. Apparently, even when a person tells a computer how to solve a problem, a person still does a better job of solving it. The computers were faster; but, according to the authors, even thousands of computer-driven designs would not produce one as good as the best the average people came up with.

The key to the laymen’s success was their ability to think outside the box. They had instincts that led to new insights the experts never thought of, which led to better results. Even the new design rules the laymen developed that the experts dismissed as not making scientific sense, were successful. The lack of scientific training turned out to be a blessing, not a curse; all they needed was feedback from the lab as to how their designs played out.

This molecular research shows how important it is to take a fresh look at a problem without being blinded by the confines of your training and experience. Even trial lawyers should realize that sometimes what they know to be true might be wrong.

Every trial lawyer knows how to pick a jury. Many trial lawyers select individual jurors based on demographics because they often, mistakenly, believe the group a person comes from defines who that person is and what beliefs he has. One of the most widely held beliefs in our society today is that as people get older their memories fade and their mental abilities diminish. Trial lawyers often pick their juries with this in mind. It turns out, though, not to be true.

As Dr. Ken Broda-Bahm recently pointed out in his informative blog, Persuasive Litigator, researchers have concluded that the elderly do not necessarily lose their memory as they get older. They might be a little slower to answer but only because they have much more knowledge, gained through their years of experience and learning, to process. Often, this turns into better results. It is much like the RNA research: the laymen, though thousands of times slower, still outperformed the computers. The research, led by Dr. Michael Ramscar of Eberhard Karls Universitat Tubingen demonstrates how conventional wisdom is not always wise just because it is widely accepted. That is something every trial lawyer should take to heart.

Maybe the next time you try a case, you should have an older, wiser person on the jury. Maybe she can put the pieces of evidence together in a more deliberative, complete, and persuasive way that can sway some of the younger, more rash, and emotional members of the jury.

Maybe the next time you’re faced with a complicated case of causation, you can present your evidence in a more intuitive manner, rather than in the typical dogmatic, heavy-handed way to which we have grown accustomed.

Maybe you can address much of your scientific evidence to the older people on the jury, appealing to their broad knowledge and experience and, after they have convinced themselves, let them convince their fellow jurors.

Maybe the next time you try a case it might be worth going outside the norm. The norm is only normal because everyone does it, but everyone is not always right. Maybe if you think outside the box, your answer will become the new norm. Copying is the sincerest form of flattery. It’s worth a try.