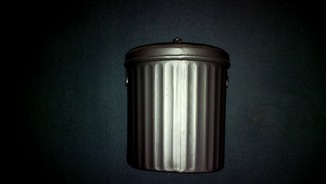 In a sale of goods dispute between merchants, the two most important, and meaningful, titles, are Buyer and Seller.

In Kabbalah Jeans, Inc. v. CN USA Int’l Corp., supra, the Buyer was the Plaintiff, Kabbalah Jeans, Inc., a clothes distributor that ordered custom made clothing from the Seller, Defendant, CN USA Int’l Corp, a manufacturer that specially made the clothing to fill the orders. There were three orders in all. The first went pretty much as planned: the Buyer placed the order, the Seller delivered the goods, though a little late, and the Buyer paid for them. The Buyer then placed two more orders, but the promising relationship didn’t last. The Buyer said the clothes arrived too late, and since they were seasonal summer items that arrived too far into the summer season, they were useless.

The Buyer had to prove two things: that the clothes were late and that the Seller should be penalized for not delivering them on time.

The Buyer said the Seller had agreed, in a conversation, to deliver the clothes by Father’s Day. The problem was that the second and third purchase orders didn’t contain a delivery date, though they each said that the Seller wasn’t responsible for delays in delivery. How those two things could ever possibly go together in a contract, is a topic for another day. The purchase orders were the only written confirmation of the contract of sale.

The problem comes from the rules that apply to sales of goods worth $500 or more, otherwise known as N.Y. U.C.C. Law § 2-201, which provides in relevant part:

(1) Except as otherwise provided in this section a contract for the sale of goods for the price of $500 or more is not enforceable by way of action or defense unless there is some writing sufficient to indicate that a contract for sale has been made between the parties and signed by the party against whom enforcement is sought or by his authorized agent or broker. A writing is not insufficient because it omits or incorrectly states a term agreed upon but the contract is not enforceable under this paragraph beyond the quantity of goods shown in such writing.

(2) Between merchants if within a reasonable time a writing in confirmation of the contract and sufficient against the sender is received and the party receiving it has reason to know its contents, it satisfies the requirements of subsection (1) against such party unless written notice of objection to its contents is given within ten days after it is received.

Here, the Buyer made one, very big, and very common, mistake: it didn’t pay attention to the terms on the purchase orders. The Buyer thought it knew what the contract terms were and didn’t complain until the Seller breached them; i.e., when the Seller delivered the clothes late. The Buyer received the purchase orders, saw the disclaimer and didn’t object to it even though it had only ten days to do so. The Buyer’s owner even testified that he saw the disclaimer but didn’t pay any attention to it.

The Buyer believed it was protected because it had an oral agreement that the Seller would deliver the clothes by a date certain, and the oral agreement came first. That, however, got things backwards. The court, relying on the parol evidence rule of NY UCC § 2-202, ruled that the terms listed on the purchase orders, including the late delivery disclaimer, governed because they were the final written expression of the parties’ contract and could not be materially altered by a prior oral agreement. What the parties may have said didn’t count; the important thing was what the purchase orders said, and the Buyer didn’t bother to correct them.

Maybe the best lesson to learn is that purchase orders, or whatever confirmatory memorandum you might use, and all of their terms, can make a big difference. There are ways around them, to supplement or explain their terms, but that can’t always be done. Even when you have an agreement over the phone or in person, maybe with a new vendor, you should still take a look at the purchase orders when they come in and, if anything doesn’t seem right, straighten it out right away. Even small misunderstandings can cost you a lot of money. Look at what happened in Kabbalah Jeans, Inc. v. CN USA Int’l Corp., supra. The Buyer thought it had a firm delivery date but didn’t; and it was forced to pay for more than $100,000 of useless clothes as a result. The Seller was sued and had to pay to defend itself even though it delivered the clothes, at most, one or two weeks late.

In the end, a little prevention just might be worth a pound of cure. That’s my vote, anyway.