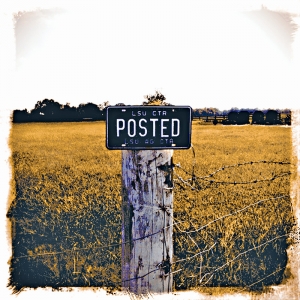 One of the biggest recent commercial disputes in which a preliminary injunction played a key role was the patent dispute between Apple and Samsung Electronics, in which Apple claimed that Samsung smartphones and tablet computers impinged on Apple’s patents for its versions of those products. Apple twice asked the United States District Court for the Northern District of California to issue a preliminary injunction forbidding the sale and distribution of Samsung’s Tab 10.1 tablet. The first time, the court refused because it held that Apple was not likely to succeed on the merits at trial. The second time, after the appellate court ruled that Apple was likely to succeed on the merits, at least as to the enforceability of its relevant patent, the trial court issued the preliminary injunction. That was a large victory in an even larger case. Apple and Samsung are two of the largest competitors in the tablet computer market and one was ordered not to sell its product anywhere in the United States, even before the merits of the dispute could be fully decide at trial. According to news reports, Samsung sells approximately 300,000 tablets in the United States every three months. That is a large amount of product that a major corporation no longer could sell and a large share of the tablet computer market that no longer was available for the purchasing public to buy.

One of the most mundane disputes in which a preliminary injunction can play a key role is a boundary dispute between neighbors in an adverse possession case. As we previously discussed, a person in New York can obtain title to land he never bought, through adverse possession. What that person has to do, essentially, for at least ten consecutive years, is to use the land as his own, in such an open, obvious, and exclusive manner, as to give the true owner the right to go to court to have him removed. Where two neighbors are involved, the dispute could be over a spit of land on the wrong side of a misplaced fence, or land along a shared boundary which the wrong neighbor has cared for and built on. The first neighbor, who holds legal title to the land, often will ask the court, through a cause of action for ejectment or to regain possession of real property, to declare that the land belongs to him. Even before both sides can present their case at trial, the court often will issue a preliminary injunction keeping the adverse possessor off the disputed land until a trial can be had to decide who actually owns the land.

The major point to take away from these cases is that the procedures used to protect your client’s interests often are the same, no matter what the source of the underlying dispute. The rules of litigation are not so much a case specific diagram of how to proceed, but a general blueprint to adapt to the facts and circumstances of a given dispute. Whether it’s the enforceability of a design patent for a tablet computer or the ownership of a disputed piece of land, the rules to adjudicate who is right and who is wrong are, in many respects, uniform. The end result may not always be the same, the substantive law of patents and adverse possession most definitely are not the same, but the tools available to obtain those ends, and the tests that have to be met to use those tools, are the same. All you have to do is know how to use them, effectively.