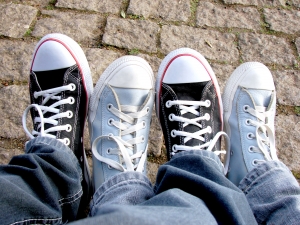 There are many terms, related both to insurance and business, which seem too intimidating for most people even to want to try to understand. Subrogation is one such term. It sounds like an impressively dense legal concept that only can be understood through the use of skilled professionals pouring over thick stacks of documents trying to decipher obtuse language to discern some hidden meaning or obtain some pearl of wisdom. Well, so much for fantasy. It really is a straightforward legal concept that every New York business and insurance adjuster should become familiar with, because it can affect the business’ recovery after a property or casualty loss.

The easiest way to think of subrogation is in terms of an insurance policy that provides coverage for property damage. Just about every New York business has one. For the most part, every insurance policy protects the insured, to one degree or another, from responsibility, or liability, for its own negligence. Homeowners’ policies, and many business owners’ policies, also known as “BOP” policies, often also provide property coverage. That is, the policies require that the insurer pay the insured for the loss or damage to the insured’s real or personal property when the loss or damage results from a cause of loss covered under the policy. When the insured makes a claim to recover under its own policy for damage caused to its own property, called a first-party property claim, the insurer will evaluate, or adjust, the claim. If the damage was caused by a covered cause of loss, the insurer will pay the insured either the value of the property at the time of the loss, including depreciation, or the cost to repair or replace the property if the repair or replacement is done within a certain amount of time after the loss.

There are other issues involved in subrogation, which affect an insurer’s right to recover. These include, for example, waivers of subrogation, where parties to an agreement, such as a lease, agree to give up their insurer’s right to sue the other to recover for an insured loss; and the anti-subrogation rule. These will have to wait to be discussed in subsequent entries. Even with them, however, subrogation basically is a doctrine based in fairness; that is why it is called an equitable doctrine. If an insured’s business is damaged in a fire caused by someone else’s negligence, and the insurer pays the insured the cost to repair the damaged property, it is only fair to allow the insurer to try to get its money back from the person or business that caused the fire. As we said, it doesn’t take a professional degree to understand subrogation.