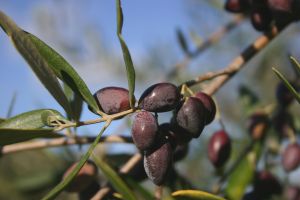 Many businesses share a common problem in negotiating and drafting contracts. Rather than resolving all key issues before they enter into a contract, rather than making clear what each party to the contract is obliged to do, and what each is entitled to receive, they allow serious ambiguities to remain in the terms of their agreement. Often the businesses want to gloss over their differences in order to close the deal. The problem with that approach is that ambiguities involving important issues, if not resolved beforehand, often lead to more serious disputes, including litigation, once the parties execute the contract. A recent case decided in New York by the Appellate Division, First Department, illustrates the problems engendered by this approach.

Parcside Equity, LLC v. Freedman, 2012 NY Slip Op 05106, Appellate Division First Department, June 26, 2012, involved a Defendant who entered into a contract in which he made an irrevocable offer to sell his life insurance policies to the Plaintiff. The terms and timing of the contract are the key to understanding the dispute. To begin with, there was no straightforward agreement to sell/buy the policies. Instead, the Defendant/Seller offered, in writing, to sell his policies to the Plaintiff/Buyer at a specific price. The Plaintiff/Buyer, however, could purchase the policies, but was not required to do so.

The central issue in the dispute was simple: The Defendant/Seller wanted to sell one of his policies for a higher price than he originally agreed to, and tried to renegotiate the terms of the offered sale, while the Plaintiff/Buyer evidently wanted to pay the lower, original price offered in the contract. This was expressed in two questions, which essentially mean the same thing. The first was how long the Plaintiff/Buyer could take to accept or reject the offer; i.e., to decide whether to purchase the policies. The second was when, if ever, the Defendant/Seller could withdraw his offer, or, in effect, materially change the terms of the proposed sale.

Each party’s widely divergent interpretation of the same contract language, demonstrates that ambiguous, or unclear, language in a contract is a way to attract, rather than to avoid, a dispute. Each side could have done a much better job protecting its interests when negotiating and drafting the contract. If the Defendant/Seller intended to limit the length of time its offer to sell the life insurance policies to the Plaintiff/Buyer would remain in effect, then it could have insisted that such an explicit time limit be stated in the contract. Instead, it was forced to rely on a statute, GOL 5-1109, which proved to be inadequate to save the Defendant/Seller from the consequences of its failure to protect itself. The final result was that the Plaintiff/Buyer was allowed to purchase the insurance policies, at the original terms, more than six weeks after the date the Defendant/Seller claimed the contract allowed him to withdraw the offer.

Likewise, if the Plaintiff/Buyer believed that the Defendant/Seller’s offer to sell its life insurance policies, once made, would remain irrevocable, it could have insisted this be said in clear, explicit language in the contract. Instead, it agreed to ambiguous language that led to, or at least facilitated, the dispute.

Working through these issues, making sure each party understood what was agreed to, and recording that agreement in clear and concise terms, could have prolonged the contract negotiation. It also would have prevented the long, drawn-out, and presumably costly, litigation that followed. Businesses, when negotiating and drafting contracts, should remember that an ounce of prevention is often worth more than a pound of cure.