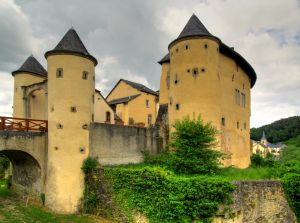 Every New York business deals with contracts: sales contracts; purchase agreements; leases, for equipment or for real property such as a store, warehouse, or office; even insurance policies which protect the business, its employees, and its property from loss and damage. Contracts are the means by which a business conducts business. When people, including business owners, think of a contract, they commonly picture a written document, which specifies all of the terms and conditions of the agreement between the parties. A contract, in order to be valid, does not necessarily need to have all of its terms reduced to writing. When there is a written contract, however, it is important that a business owner take the time to read and understand it because, chances are, the business will be bound by the contract in its entirety.

Most businesses believe that they know the terms of a contract before they enter into it, but they often concentrate on what they think are the most important provisions, without being concerned about the rest. Before the typical business enters into a contract, it will know how much money it will spend or how much money it will earn. It will be certain of exactly what it has agreed to sell, to buy, or to lease, and of how long it has to pay or to be paid. Many times, however, a business does not understand, and has not even read, the fine print. That, unfortunately, is a mistake.

In British W. Indies Guar. Trust Co., Ltd. v. Banque Internationale a Luxembourg, 172 A.D.2d 234 (1st Dept. 1991), Plaintiffs sued Defendants, for breach of contract. What makes the case worth noting, however, is what happened as a result: The breach of contract action, which was started in Manhattan, otherwise known as New York County, wound up being moved to Luxembourg. The reason, according to the court, was that the contract contained a forum selection clause, which stated that any disputes between the parties would be decided by the courts in Luxembourg, rather than any place else. At least one of the Plaintiffs claimed it should not be forced to go to Luxembourg, because the person who signed the contract on its behalf did not read that part of the contract and no one specifically brought it to her attention. To be fair, such clauses often are contained in the fine print and often are glossed over. In this case, though, it did not matter. According to the court, such ignorance was no defense; it dismissed the case and allowed Plaintiffs to start over, in Luxembourg, if they chose to do so.

Though it might be unlikely that most businesses would ever get drawn into a dispute that would have to be decided in another country, most contracts do contain a forum selection clause, with the forum selected by the party that drafts the agreement. Before blindly acquiescing to the drafter’s request, it might be a good idea to know to where you will have to travel if the agreement breaks down and one party sues the other. Since you will be bound by the forum selection clause, and the other fine print, you might as well take the time to know what you are agreeing to. You may be able to change it to a more convenient forum or you may be able to use it as leverage to negotiate better terms elsewhere in the agreement. Unless you know what the contract actually says, you cannot even try to negotiate a better deal.