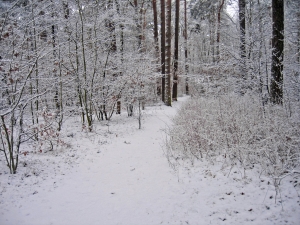 Even with writings that record only the bare essentials of a sales contract, a New York business that sells goods can be liable for promises that it did not expressly make and are not specifically written anywhere. One, as we previously discussed, is the implied warranty of merchantability.

A second unwritten promise often found in a sales contract, is the implied warranty of fitness for a particular purpose. See UCC 2-315. A good example of this is when a Buyer calls a parts supplier to purchase widgets, but does not know which widgets it should buy. The Buyer explains to the Seller what it needs the widgets for, asks the Seller to recommend one, and buys the type of widgets the Seller recommends. If the widgets turn out to be the wrong ones for the job, the Seller could be liable for recommending the wrong widgets.

There is a way for a business to avoid such unspoken promises in a sales contract. One common way is to sell a particular item in “As Is” condition. Most everyone has seen those words before; most have probably bought something that was labeled “As Is.” Those two little words, however, have a lot of power. If they are in writing and are conspicuous, they exclude all implied warranties. See UCC 2-316.

As you can tell, there really is nothing simple about contracts for the sale of goods in New York. They contain promises that are not spoken or written; and two seemingly innocuous little words can nullify many of those promises. They do point out, however, something that businesses really should remember: Sometimes, much can be said in few words.