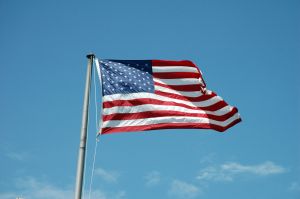 There was a really good cartoon in today’s paper that pretty much sums it all up. It shows a family having a picnic under a tree in a park. The kids are running and the parents are laughing; everyone is having a carefree good time. The park, though, is built on a soldier’s helmet.

There also was a story about a long ago trip to the U.S. Military cemetery just beyond the beaches of Normandy, France: No fancy gravestones; just row upon row upon row of Crosses and Stars of David. Words couldn’t do it justice.

Finally, there was an opinion piece in the May 24-25 Weekend Edition of the Wall Street Journal by Robert M. Sapolsky, entitled “Humans Aren’t The Only Animals Stuck on Status.” The point of the piece is that we aren’t the only ones who know and care about where we stand in society. We all spend a lot of time comparing ourselves to others; but we’re not the only ones. He cites male baboons and ravens, in particular. He has to admit, though, that we’re the only ones who would spend so much time trying to decide who would get voted off the island first: Donald Sterling or Vladimir Putin?

The problem is, his point misses the point. Sure, people compare themselves. Sure people like to look at how the rich and famous live; Robin Leach, anyone? Think of the huge audience a British royal wedding draws here.

But what about the people who run towards danger, not because it’s dangerous, but because they want to help? What about those people who help but don’t ask for much of anything in return, except to help? Did the soldiers really have to volunteer to give their lives for us? Did the first responders really have to run up more than 100 flights of stairs when everyone else was running down?