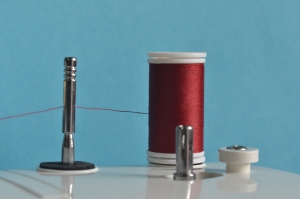 Lying and Insurance Fraud go together. Cheat, steal, get caught, admit it; which one doesn’t belong? Better yet, be honest when you cheat. No, that doesn’t work either. Most every time someone tries to get away with something he shouldn’t, chances are he’s going to lie about it somewhere along the line. Investigators need to know how to ask questions, elicit answers, and get at the truth; so, chances are, they should all know a good lie when they hear one.

Detecting, and exposing, lies also is a big part of trial work. A trial attorney wants to make certain that the jury at least will doubt, if not see right through, slanted testimony; will see the inconsistencies, understand the contradictions, and punish the lies; or even scoff at the willful forgetfulness. Cross-examination, impeachment in general, and artful closing arguments all can accomplish this. Knowing a lie is essential to ensuring that everyone else does, too.

Everyone thinks they know a lie when they hear one. They believe they can tell the difference between a deliberate falsehood and an innocent mistake. That’s probably one reason lying is the focus of so much comedy. Think of the Jon Lovitz character from Saturday Night Live, with his blatant lies getting cackles from the studio audience. Then compare him to poor little Emily Litella who seemed to spend most of her time trapped in an endless game of telephone, never getting things quite right, wondering what all the commotion was about violins on TV. Or think about how funny it was to see Jim Carrey playing a slick attorney in the movie Liar Liar, who, for 24 hours straight, had to tell the truth and nothing but the truth. Some lawyers, I mean every lawyer, thought that was funny; yeah, that’s the ticket.
END_OF_DOCUMENT_TOKEN_TO_BE_REPLACED