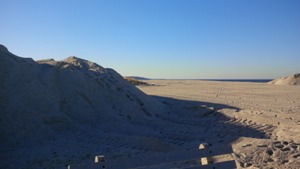 Information and investigations go hand in hand. Whatever you investigate, whether it’s insurance fraud; where that priceless, uninsured, artwork went after two rogues in police clothing strolled in late one night and took it from Boston’s Gardner Museum; or who the one-armed man really was; you need information, lots of information, to figure it out. But does information always help?

When you investigate insurance fraud, you need information to confirm coverage for a given claim; to determine whether the claim really happened the way the insured said; to establish whether the insured submitted a fraudulent and/or exaggerated claim. You take his recorded statement and examination under oath. You interview witnesses and get corroborating documents. You get … information.

The article, on the front page of the December 26, 2013 Wall Street Journal, is about the NSA. Yes, it mentions Edward Snowden, but it really isn’t about him. It features William Binney, a former NSA analyst who’s been retired for a dozen years. It really is about Mr. Binney’s claims that the NSA’s spying, the collection of all the metadata, the who-to’s and the where-froms, of all of the calls of all of the people the NSA is supposedly collecting, hurts more than helps. Not that it hurts me or you directly, but that it hurts the NSA itself and keeps it from completing its mission: tracking down the bad guys and preventing terrorist attacks.

The most telling line in the whole story is when it eloquently sums up Mr. Binney’s complaints about the NSA: “It knows so much, he says, that it can’t understand what it has.” And that, to put it mildly, can be a problem. Any votes on what would be worse: not being able to figure it out because you don’t know enough or because you know too much but don’t realize what you have? It seems like a tie: either way you lose; you still don’t have the answer.

Now, every investigator knows the ever important question: where to begin? Every single one knows what it’s like to be buried in paper. Sometimes it just takes an awful lot of perseverance to find the answer buried under the avalanche of documents the other side gives you. Think of what it would be like if the stack of stuff was a mountain. According to the article, the NSA is building a storage facility in Utah that eventually will be capable of holding more than 100,000 times more than the printed materials in the Library of Congress. At the very least, with that much information to look through, a person would be lost, and even a supercomputer would need a little guidance.

Think about it for a second. The NSA evidently has an awful lot of data to keep track of and knows it’s a problem. According to the article, “An internal briefing document in 2012 about foreign cellphone-location tracking by the agency [NSA] said the efforts were ‘outpacing our ability to ingest, process and store’ data.”

If you kept track of where a large number of people were every time they made a cellphone call, that would be an awful lot of telephone numbers, cell towers, dates and times to keep track of. How would you know where to start or, better yet, where to end, never being quite sure whether you in fact covered all your bases because you just couldn’t know if there’s something else, that you already have, that might lead you elsewhere? It might be easy to overlook some important piece of information that you already have, say the connection to the connection the bad guy called, because there just are too many connections to keep track of. According to the article, the NSA does have a lot of numbers to keep track of: “John C. Inglis, the NSA’s deputy director, told lawmakers in July the agency had court approval to do warrantless ‘third-hop’ queries of bulk telephone records.” Think of the old television commercial: She told two friends, and she told two friends, and so-on, and so-on. According to the article, “A ‘third-hop’ analysis of one suspected terrorist could allow the NSA to sift through the records of at least one million people.”

This is not about politics or where you might stand on the NSA and Edward Snowden or even William Binney. This is about the effects so much data has on the ability to get the job done. Is it simply possible to have too much information? According to the article, Mr. Binney claims it is: “The agency is drowning in useless data, which harms its ability to conduct legitimate surveillance, claims Mr. Binney, who rose to the civilian equivalent of a general during more than 30 years in the NSA before retiring in 2001.”

The last thing any investigator should want is to be “drowning in useless data.” It is hard enough to sift through the relevant facts without having to pour through mounds of irrelevant information. No one likes to waste their time, and it definitely doesn’t help find the answer. You really do have to know what’s important.

Think of all of the really great unsolved crimes in history. Sometimes, having too much information just doesn’t help. Where, after all, is Jimmy Hoffa buried? Too many possibilities, too many enemies, too many locations, to know for sure; except, I guess, it wasn’t Giants Stadium after all.

And why should the bad guy get to fly off into the sunset? It really shouldn’t be that hard to find a skyjacker dressed in a business suit who parachutes from a plane with a fortune in bills strapped to his chest; especially if you have a good idea of where he jumped, over Ariel, Washington, and you’ve even found a chunk of the money, on the banks of the Columbia River. Then again, if anyone knows where D.B. Cooper is, they’re sure not telling.

The trick is knowing where to look so you don’t step right over the answer. Sometimes, too much information is just as bad as too little. Sometimes, all the information in world won’t help you find the answer that’s sitting there, staring you right in the face.