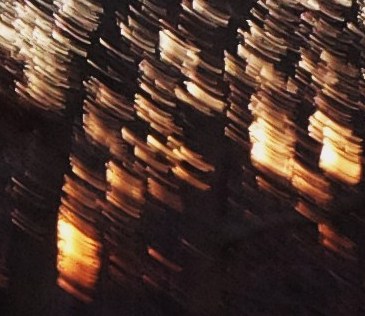 Our last post was about how sometimes it’s easier to tell a lie than others; scientific research suggests it depends upon what you’re lying about. Well, there’s another new study that says sometimes, just sometimes, people are honest about their lying. In other words, they’ll admit it; not always, not under every condition, and definitely not everyone, but definitely sometimes.

Lying has been in the news a lot recently. For sports fans, there’s the old tried and true theme of performance enhancing drugs: did he or didn’t he use them? Think of Lance Armstrong. He long said he didn’t and then admitted that he did. For news junkies, there’s Bashar al-Assad. The Syrian president said he didn’t use chemical weapons, then the United States said he did, and he’s now giving up his chemical weapons stockpile, if only someone will find a suitable place to destroy it. It’s hard to say you didn’t use chemical weapons if you’re giving them up so you can never use them again. Wouldn’t it be a whole lot easier if the world could know, before things get out of hand, who’s telling the truth and who is lying? Truth detection is more of an art than a science but, there is some science to help the effort along the way.

There’s a new study that says not all people lie, at least not frequently, and, surprisingly, some of the frequent liars are honest about it. What makes the study interesting, though, is that the researchers didn’t take the liars’ word for it; they instead used a mathematical control to verify that the liars actually were telling the truth when they said they lied.

The study was conducted by Rony Halevy and Bruno Verschuere of the University of Amsterdam, and Shaul Shalvi of Ben-Gurion University, and was published in the journal of Human Communication Research . First, it asked the test subjects about how often they lied. Though accepted wisdom is that lying, if only telling little white lies, is common, a small percentage of the test subjects accounted for a disproportionately large amount of the lies: 5% of the respondents made up 40% of the lies.

Not willing to take liars at their word, and evidently thinking that questioning people about how often they lied wouldn’t necessarily yield accurate results, the researchers performed a little test of their own: the researchers asked the participants to take part in a dice game where they could win money depending on the number they rolled. The participants apparently knew that the researchers could not see the dice they rolled and therefore had to trust them to accurately report the results. In other words, the participants were free to cheat their way to more money than they otherwise would have been entitled to.

As it turned out, there was one group that won so much more than the others that there was no way they just had a lucky streak. It was mathematically implausible that they could have been that lucky; they must have cheated. And that group was …the admitted liars. Some might say that this puts the lie to the old adage that cheaters never prosper.

Now, of course, not everyone lies, not every liar will admit that he lied, and not everyone who does will admit every lie. Even the admitted liars in the test we’ve been talking about evidently didn’t admit that they cheated in the dice game. The research does seem to indicate, however, that even liars will admit that they sometimes lie and sometimes that might be a good reason to work a little harder to confirm their story. The liars, cheaters, and fraudsters, aren’t the only ones who can take that to the bank; apparently fraud investigators can, too.