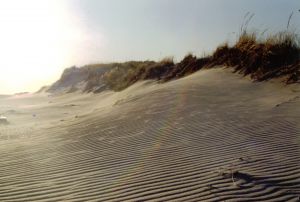 A contract does not always have to be in writing to be enforceable in New York. Most people, including business owners, might think it has to be in writing, but it does not. It must be an agreement, between at least two parties, where each has committed to give up something in order to get something back, and everyone has agreed on the important terms. Those terms, and that agreement, however, do not have to be set down on paper, where each side has signed on the proverbial dotted line. It might be nice to have such a signed document, which is known as an express contract; it might make it easier to prove that there is a contract and what its terms are; but you can still have a valid, enforceable contract without it, if that is what the parties want. In other words, in order to enforce a contract, what you need is a contract, not a writing which shows there is a contract.

A good example of an implied in fact contract, where the conduct of the parties established that there was a contract, occurred in Seaview Ass’n of Fire Island, N.Y., Inc. v. Williams, 69 N.Y.2d 987 (1987). In that case, a group of homeowners on Fire Island was ordered to pay dues to a homeowners’ association even though there was no written contract between them. Instead, there was an implied in fact contract: The homeowners purchased the homes knowing the homeowners’ association existed, provided services to the area, and charged everyone in the area their share of the associations’ expenses. Knowing this, they went ahead and purchased the homes anyway. According to the court, that was enough to create an enforceable contract to pay dues to the association.

Every New York business should remember that implied in fact contracts are, and will be, enforced. Whether big or small, they often conduct business without the need, or the use, of formal signed contracts. A car repair shop can call a parts supplier to order a part or a specialized tool it needs to fix a customer’s car. A retail store can call its supplier to restock its shelves for a particular item that was sold out during a recent, successful sale. In either case, once the shop owner and the supplier agree on the type, quantity, quality and price of the goods, and sends a bare confirming note or memorandum, there is an enforceable contract. If one of the parties subsequently fails to live up to its end of the bargain, for example by not sending the right part or by paying less than the agreed price, the other can sue it for breach of contract. No one should believe that they can walk away from such an agreement simply because it is not in a formal written contract.