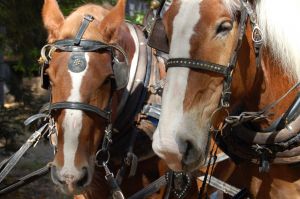 We are going to pick up where we left off in our last article on subrogation in New York. We were talking about a subrogation case I had that showed how to overcome an exculpatory clause in a contract that absolved one of the parties from liability for its own negligence. In my case, it was an alarm company that monitored a warehouse that had a break-in in which clothes valued at several hundred thousand dollars were stolen. If the alarm company’s actions in responding to the alarms at the warehouse amounted to ordinary negligence, the subrogation action would fail because the insured, who signed the contract, could not recover, and therefore neither could the insurer. There could be a recovery, however, if the alarm company’s actions amounted to gross negligence because, at least in New York, a party cannot absolve itself from liability for its own gross negligence. See Sommer v. Fed. Signal Corp., 79 N.Y.2d 540, 554, 593 N.E.2d 1365, 1370-71 (1992).

According to the court, the basic facts were undisputed. The alarm company received alarms that something had happened at the warehouse, and notified the police and the designated representative of the business, as it was supposed to do. The police never arrived. The warehouse representative was told only that the alarms had been received. He thought they might be false alarms, as had happened in the past, and waited approximately a half hour for the alarm company guard to get to the warehouse, investigate, and call him back to let him know whether there had been an actual break in. When he did not get a call back, he went to bed. The alarm company, however, waited until the next shift, approximately three hours after it received the alarms, to have one of its guards respond to the warehouse to investigate, and it never told anyone from the warehouse that it would not be able to respond for so long; both were violations of its own guidelines. It also only had only a small number of guards on duty to respond to calls in a very large, populated area. In order to enter the warehouse the guards first had to travel back to the central station, get the key for the warehouse, and then drive a long distance back to the warehouse. Only then would they be able to investigate the alarms.

The key was not any one thing that the alarm company did wrong with this particular break in. The fact that it waited three hours to have a guard investigate the alarm, when it stated the guard would respond in 15 minutes, was not, by itself, gross negligence. Instead, I argued the evidence of gross negligence was found in a system that inevitably caused such delays: The evidence of the low number of guards on duty; the large area they had to cover; the long distance from the guard station to the warehouse that made it difficult even on a good night to make it to the warehouse in time; and the violation of its own guidelines. This was evidence of the gross disregard for the rights of others, of actions that smack of intentional wrongdoing, which is required to get to trial on claims of gross negligence.

In the end, this is a good example of how insurance law and commercial litigation often connect and complement one another. Knowing the rules of one often helps you to succeed in the other. Together, they also often lead to memorable cases.