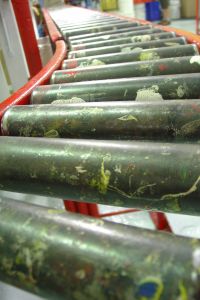 The last few articles have discussed the basic concepts and rules of subrogation in New York. It is the equitable doctrine that allows an insurer that pays a covered claim to its own insured to stand in the shoes of its insured to recover the money from the person or entity that caused the loss.

A good example of this is a subrogation claim I had that involved a theft of a few hundred thousand dollars of merchandise from a clothing warehouse. The thieves, who never were caught, were ingenious. They broke into the warehouse and jerry-rigged a conveyor system so that it brought the clothes right to the loading dock door. Once there, the thieves loaded the clothes into a waiting truck and drove off. The whole operation took approximately 2 hours; not bad for a night’s work.

The warehouse, which had its own policy of property insurance, made a claim to recover for the value of the clothes, which its insurer paid because theft was a covered cause of loss under the policy. The insurance company then wanted to try to recover the money it paid the insured, from the parties responsible for the loss.

One way to overcome an exculpatory clause in a contract which absolves a party from liability for its own negligence, is to prove gross negligence. Gross negligence is the failure to use even slight care, or conduct that is so careless as to show complete disregard for the rights and safety of others; it smacks of intentional wrongdoing. At least in New York, a party cannot absolve itself from liability for its own gross negligence and, most often, whether a party’s actions amount to gross negligence is an issue of fact to be tried by a jury rather than determined on a motion for summary judgement. See Sommer v. Fed. Signal Corp., 79 N.Y.2d 540, 554, 593 N.E.2d 1365, 1370-71 (1992).

The insured, its representatives, and I worked as a team to obtain evidence that the alarm company was grossly negligent in how it responded to the alarms at the warehouse. The court said this was enough to defeat the alarm company’s motion for summary judgement. We’ll show how this was done, in our next article.