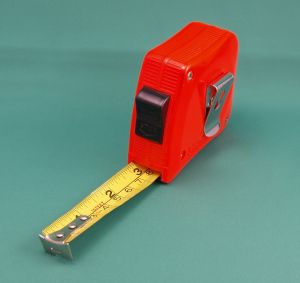 A business needs its property to operate, whether that’s its equipment, stock, inventory, or its office or warehouse space. When property is damaged in New York, how much can the owner recover from the party that caused the damage, and how is that amount determined? Knowing the answer, in order to ensure that the damage can be repaired, is essential to good business planning. The answer depends, to a large degree, on the type of property and how badly it is damaged.

Property Damage can occur at any time, and often in unexpected ways. It can consist of damage to real property, such as to a building, or damage to personal property, such as to the contents of a building, the personal belongings in a house or an apartment, the business personal property in a leased store or office, or the equipment and stock a business uses to operate. It can affect anyone who owns property, including a business, a landlord, a tenant, a homeowner, or a car owner.

Recently, there was a story in the news that shows just how easily property can be damaged and how quickly the cost of repairs can add up. A hotel in Austin, Texas, claims it suffered $10,000 of property damage because several beer bottles were dropped from the 29th floor into its pool and hot tub. As a result, the pool and hot tub had to be drained to make sure that all of the glass was removed so that no one would be hurt, and the filters for the pool and hot tub had to be repaired. Evidently, a little mischief can cause a lot of damage. The beer bottles were dropped from a privately owned condominium located above the hotel. According to the article, the owner of the Hotel planned to sue the owner of the condominium to recover the cost to repair the damage. If this happened in New York, what would the Hotel have to do to establish that it suffered $10,000 of damage?

When property is damaged in New York because of the negligence of someone else, like the person who dropped the beer bottles into the Hotel pool (the “Defendant”), the basic goal is to make the Owner of the property “whole”. That means that a court will try to put the Owner back into the exact same position she was in immediately before the damage occurred. See Ward v. New York Cent. R. Co., 47 N.Y. 29, 33 (1871). The Owner of the damaged property cannot wind up being better off than she was before the property was damaged. See Gass v. Agate Ice Cream, 264 N.Y. 141, 143-44, (1934). This generally means that the Owner can recover either the difference between the market value of the property immediately before and immediately after it was damaged, or the reasonable cost to restore the property to the same condition it was in before it was damaged (the “Repairs”), whichever is less. See Fisher v. Qualico Contracting Corp., 98 N.Y.2d 534, 536-37 (2002), and Dilapi v. Empire Drilling & Blasting, Inc., 62 A.D.3d 936, 937, (2nd Dept. 2009).