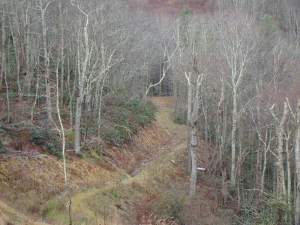 Perhaps the hardest thing to do is to establish that the person you are complaining about acted outrageously enough; and that’s been done on purpose. The courts have used the outrageous conduct requirement to filter out the maybe-not-so-bad cases, to ensure that only the truly nightmarish ones make it through. See Howell v New York Post Co., Inc., supra. There are a litany of cases which demonstrate what conduct is, and is not, sufficiently outrageous to maintain such a cause of action. For right now, it should be enough to know that even suing someone, just to intimidate and harass him, is not outrageous enough. See Walentas v. Johnes, 257 A.D.2d 352, 353, 683 N.Y.S.2d 56, 58 (1st Dept. 1999). It says a lot when siccing a lawyer on someone for no good reason isn’t considered sufficiently outrageous conduct.

Maybe it’s not such a bad thing to set the bar high for claims of intentional infliction of emotional distress. Though people’s feelings get hurt, especially when someone tries to take their land, that probably should not be enough to collect for the intentional infliction of emotional distress, especially when the court decides the land’s true owner. Even a rough and tumble fight, like one over a disputed boundary line, should come to an end sometime. The intentional infliction of emotional distress should be left to resolve the true nightmares, not merely the bad dreams. Maybe, before people fight so long and hard over boundary line disputes and claims of adverse possession, they should remember that they are and will remain neighbors for the foreseeable future. That will do more to prevent nightmares than the threat of a lawsuit ever will.