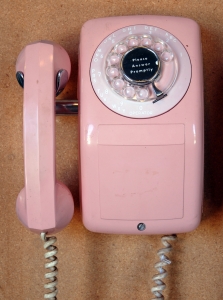 Trademarks are tricky things. Everyone recognizes them when they see them. Who doesn’t know what the Golden Arches are? Who doesn’t think to themselves, “I’m Lovin’ It”? But did you ever think about why? What do arches really have to do with hamburgers? For that matter, what does a Coke have to do with a smile, or a sneaker with a swish? What does the Mercedes Benz emblem really have to do with a car? That is the key, the safety, and the difficulty involved in a good trademark, all wrapped up into one. And, if you get it right, your business, any business, can make sure it comes to mind every time someone sees its symbol or hears its song, and that’s priceless.

We previously wrote about Verizon Communications’ deal to buy out Vodafone’s minority stake in Verizon Wireless. That was a deal a long time in the making, in which Vodafone got its asking price even though Verizon Communications seemingly had the better bargaining position. Though Verizon might have overplayed its hand and negotiated itself out of several billion dollars in the process, it definitely got one thing right: its name.

Did you ever wonder where the name “Verizon” came from? Today it’s ubiquitous and everyone knows it’s a communications company. Though landline copper wired phones seem to be going the way of the payphone (does anyone else remember when payphones used to be on almost every corner?) Verizon Wireless is the country’s largest cellphone service provider and Verizon FiOs is a growing cable and internet service provider which provides significant competition to traditional cable companies in many areas, including here in New York. Its name and logo have become, to many, synonymous with communications.

The company came up with its name, according to published reports, shortly after its predecessor, Bell Atlantic, merged with GTE Corp in 2000 and the name then was used when the merged company formed a joint partnership with Vodafone later that same year. Rather than simply combine all or parts of the names of its constituent companies, think of how cumbersome a name Bell Atlantic GTE Vodafone Wireless might be, it spent a lot of time and effort coming up with a name with its own special meaning. Verizon reportedly is a combination of Veritas, the Latin word for truth, and Horizon, a very English word that denotes forward looking progress. It seems like a well thought out name, especially for a communications company, but who ever put that together without the helpful hints? Better yet, who really cares? That’s not a snide remark, it’s a practical one; because if the name was more descriptive of a communications company then it might not be able to be, or to stay, trademarked at all. Instead, it would go the way of “supermarket,” “aspirin,” and “cellophane,” all of which are words that started out associated with one brand, but which now signify an item, not a brand.

That’s the key to a good trademark: It doesn’t really describe the product, service, or item, but it does become associated with it. Think of the difference between the names “The Best Phone Company Ever” and “Verizon.” The first describes what the second one wants to be. The problem is that it describes what every phone company wants to be; you can tell just by reading it. Thirteen years ago the second name, “Verizon,” really didn’t describe anything; anyone who heard it would have thought someone misspoke or maybe that they misheard it. On a scale of 1-10, it would have been meaningless. Now, of course, Verizon is synonymous with a communications company that has fierce brand loyalty. What has happened is that customers associate the name with a particular brand of communications service. People associate it with communications because of what the company has done in the field, not because communications is contained or implied in the name.

In trademark law, the more distinctive the proposed mark is, the easier it is to register, protect, and enforce; the more descriptive it is of the product or service offered, the more difficult it is to trademark. Descriptive marks need to acquire a secondary meaning in the mind of consumers in order to be protected See Car-Freshner Corp. v. SC Johnson & Son, Inc., 70 F. 3d 267 (2nd Cir. 1995). Generic marks cannot be protected at all. One good way to lose a trademark is to let it become a noun; think of aspirin. One good way to keep it is to ensure that it always remains an adjective; think of Kodak imaging equipment. A good indication that a trademark is, or would become, unenforceable, is if it is found in a dictionary.

Perhaps that’s the best advice for a business to remember: Let your business describe the trademark; don’t let the trademark describe your business. If your business represents a quality service or product, then so, too, will your trademark. Isn’t that what you really want? Verizon Wireless may not be named the Best Cell Phone Company Ever, but if anyone thinks that it is, then it’s because of the service the company provides; and that’s truthfully as far as you need to look on this horizon.