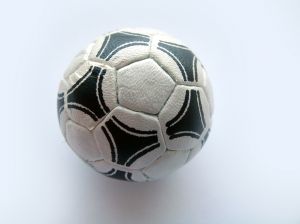 What does investigating Insurance Fraud have in common with the FIFA World Cup currently taking place in Brazil? More than you might think, especially if you’re a world-class goalie trying to stop a penalty kick.

The hardest job in all of soccer, or football as the rest of the world calls it, arguably is that of the goalkeeper on a penalty kick. Think of how big that goal really is. Now think of how small that keeper actually is. There is no comparison between the two. Add in the fact that tied games are decided on penalty kicks, and you’ll understand the pressure involved, especially when you’re playing for the World Cup and know that two World Cup Finals have been decided on penalty shootouts. Many people complain about how unfair it is to decide a game that way, especially when, as they see it, a goalie has to get lucky to stop a penalty kick. Just yesterday, Sunday June 29, 2014, an article in the New York Times by Rob Hughes lamented the fact that Brazil just beat Chile on penalty kicks, especially because Chile’s last one didn’t go in because it hit the goalpost.

How does a keeper have any chance at all to stop the open, unimpeded shot, from 12 yards away, when the penalty-taker has all that room to kick at? As it turns out, he does it in much the same way a fraud investigator detects a lie: He does his homework, knows what to look for, and then goes on instinct. Unlike a fraud investigator, though, not many people expect the keeper to get it right.

A study recently was conducted to see if there was any way to help the goalkeepers with their nearly impossible task. It came up with a few answers, which also, though inadvertently, may give some pointers on how to conduct a fraud investigation. Entitled “The development of a method for identifying penalty kick strategies in association football”, it is authored by Benjamin Noël, Philip Furley, John van der Kamp, Matt Dicks and Daniel Memmert, and is published in the Journal of Sports Sciences.

The study identified two basic ways the shooter tries to score. He makes up his mind where he’s going to shoot, and doesn’t even worry about what the goalkeeper does; this is the keeper-independent strategy. Alternatively, he tries to anticipate what the goalkeeper will do and kicks the ball in the opposite direction; this is the keeper-dependent strategy.

Perhaps even more important, though, is that the study’s recommendations are just that: information for the goalkeeper to use to improve his chances of making a save. The authors acknowledge that most keepers already take notes on their opponents’ kicking tendencies, where they like to shoot and how. The goalkeepers will get to add the new recommendations to their already large knowledge base to determine their best way to make this almost impossible save. Of course, now that the study has been published, the keepers also will have to take into account that the shooters will try to use the findings to camouflage their tactics. In other words, goalkeepers will have to size up the situation and make the call themselves.

That, in many ways, is exactly what a fraud investigator has to do. She has to do her homework so she knows what to look for. When she conducts an interview, she has to evaluate the person, their words, reactions, facial expressions, body language, on the fly. She has to use what she’s learned, but also what she knows, what her experience tells her, to make up her mind about whether the person is lying or not, or even whether he’s trying to hide the fact that he’s lying. And, even if she believes the person is lying, she still has to prove it. At the end of the day, she’s no different than the goalkeeper: She knows it is her call; either she does the job or doesn’t; it’s up to her.

Fraud investigators don’t have to be world-class athletes to be successful. If they approach their jobs the same way, though, more often than not they’ll be right in the end. And it won’t be because of luck.

I knew being a sports fan would come in handy someday.