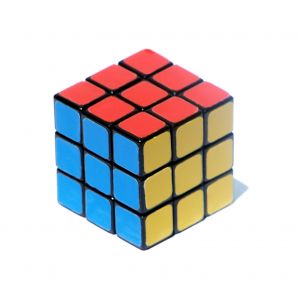 There is no shortage of trial attorneys in New York, or around the country. What makes a good trial attorney, however, is open to debate. How to become one is even more difficult to define. Is it something you can master through hard work and perseverance; is it something you have to have a natural aptitude for; or is it some combination of both? As we previously discussed, there is a lot of practice involved in trial practice. It is important to practice and to do it in the right way; but is it enough?

People believe they know a good trial attorney when they see one and often even when they don’t. Most people base their opinion, in large part, on results. Many believe that a good trial attorney is the lawyer who wins huge verdicts, defeats frivolous lawsuits, repeatedly gets his indicted clients off with not guilty verdicts or hung juries (Bruce Cutler comes to mind), or a prosecutor who finally does send the bad guy away for an extended prison stay (Andrew J. Maloney and John Gleeson sound familiar). Judging trial attorneys based on results alone is at least somewhat misleading. It ignores the fact that lawyers can only play the hand they’re dealt; it’s what they do with that hand that’s important. Would anyone argue that Johnnie Cochrane was a better trial attorney than Clarence Darrow, even though Darrow lost one of the most famous trials in modern history?

Even if the characteristics of a great trial attorney are hard to define, there most certainly are a large number of lawyers who would like to be one, and no shortage of qualified consultants to help them achieve success in any given case. The question is, can this be done and who, if anyone, can do it?

We all grew up with the idea that you can be anything you want if you put your nose to the grindstone; through hard work and perseverance you can achieve your dream. Decide what you want to do, practice long and hard enough, and you can become great; except that maybe you can’t. New research, led by Zach Hambrick, associate professor of psychology at Michigan State University, concludes that practice alone, no matter how much, is not enough to make one great; it is necessary, but you need something more.

Hambrick and his colleagues tried to determine what influence practice had on an individual’s performance in areas requiring a high level of skill. They reviewed 14 studies of chess players and musicians, to determine how practice related to differences in performance. The amount of practice, they found, accounted for only one third of the difference in an individual’s skill level. Even then, some individuals achieved elite status without a large amount of practice and others did not master their skill even with copious amounts of practice.

This research bears out the truth behind the adage that it is not just what you know but how you use it that makes all the difference. Having specialized knowledge is not enough. In order to be great, you have to be able to draw on that knowledge, to use it while performing your task, in order to master your skill. And that is what great trial attorneys do. They draw on their experience and knowledge, while presenting the case to the jury. They think on their feet; anticipate problems and how to overcome them; pick up on things others might miss, not because of any magical skill, but because they learn from their practice, their experience, their prior trials, what is important to a jury. They plan ahead, prioritize, remember what the jurors in the last trial said after the verdict and figure out a way to use it to their advantage this time. They bring everything they learned from their past successes, and their mistakes, to the here and now, the present, in order to make their presentation better, more compelling, and more convincing.

To a large degree, a great trial attorney is no different than a great jazz musician who first learns the scales and the chords, until they are almost second nature, before he uses them to improvise magical riffs; or a great quarterback who uses his vast knowledge of his playbook and the opposing defenses, in order to call an audible that results in a huge gain. The same way the jazz musician uses his knowledge to react to what the other players are doing on stage, or the quarterback reacts to the defensive package no matter how well it is camouflaged, a great trial attorney draws on his knowledge, skill, and experience to react to what the opposing party actually says and does during the course of a trial. When he asks a question he actually listens, and reacts, to the answer, and improvises additional questions along the way. He can take a witness down a winding, segmented path, and never lose a step when he calls the witness back to a particular telling statement or contradictory remark. The musician, the quarterback, and the trial attorney each has to know the basics, gain the specialized knowledge, practice until it becomes second nature, and then be able to draw upon it to achieve his goal. No one is a great trial attorney the first time out; even the best lose some along the way; but you do know them when you see them, and they are fun to watch.