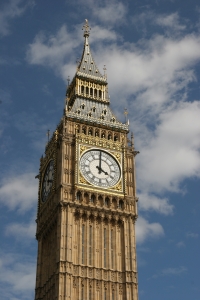 In our last article, we began a discussion about insurance fraud. It comes in many shapes and sizes, infects many different types of claims, and is hard to eradicate. Like the Hydra of Greek mythology, every time you prevent a fraudulent claim from being paid, many more raise their ugly heads.

The extent of the problem is illustrated by the complex fraud rings that have made the news recently. A multi-year, multi-agency investigation, named Operation Sledgehammer, in Dade and Palm Beach counties in Florida, just led to the arrests of 26 people in an insurance fraud ring. The defendants allegedly staged accidents to collect personal injury protection benefits which would be split among the recruiters, those allegedly injured, the medical professionals who allegedly treated them, and the owners of the clinics where they were treated. According to news reports, those arrested were charged with having billed more than $20 million to insurance companies in the scheme. Earlier this month, Allstate Insurance Company filed its third insurance fraud lawsuit of 2013. This one, filed in the United States District Court for the Eastern District of New York, seeks to recover $3.8 million from five medical professional corporations and six physicians for allegedly fraudulent medical billing related to no-fault claims. It alleges that the defendants submitted bills for examinations and testing that were not performed, not necessary, or not designed to benefit the patients who allegedly were treated.

In order to fight insurance fraud, insurers need to be as flexible and adaptable as the perpetrators. One way to do this is through the effective use of the vast amounts of information already within the carrier’s control.

The term “Big Data” has been used a lot recently, within both the scientific and business communities. It’s defined as a huge amount of digital information, so big and complex that normal database technology cannot process it. Computers can handle large amounts of information, much more than any single person could analyze; Big Data is many times bigger. Think of the well-publicized human genome project, in which scientists mapped human DNA. They first had to identify each piece of information before they could try to figure out what each part is used for and how it affects the others. Or consider the case of retailers who now analyze customer data to decide on the types and amounts of inventory they need to stock and the price points or sales they need to run in order to sell it. They need to gather, and integrate, the data regarding their customers from myriad sources, before they can analyze and make intelligent decisions based on it.

Identifying information is hard enough, even if you already have it. Figuring out what each piece of information means can be daunting, especially when there are so many to sift through. There is a lot of information to work with: Of all the data that currently exists in the world, 90% has been created in the last two years. How that data can be, and is, used is the key.

Insurance carriers have a lot of information at their disposal. How many claims does a large insurer handle a year and how much information is gathered on each? Should that information be kept isolated, or should it be integrated to help make intelligent decisions about fraud investigations?

A September, 2012 study, entitled “The State of Insurance Fraud Technology,” which was conducted by the Coalition Against Insurance Fraud, with technical assistance from SAS Institute, found that most insurers now use technology to assist them in determining which claims to investigate:

When it comes to technology, most insurers’ anti-fraud efforts begin with rules-based systems. These systems test and score each claim against a predefined set of business rules and report the results to the SIU teams that look suspicious due to their aggregate scores or relation to threshold value.

This use of data analysis as a way to focus a carrier’s fraud investigation makes sense. With the large number of claims coming in daily, there should be guidelines on what to investigate. A carrier can use the large amount of information at its disposal to ascertain elements of a claim that, based on experience, are associated with fraud and therefore deserve further scrutiny. The presence of these fraud indicators, used to initiate or guide, rather than determine the outcome of, investigations, can add value and efficiency to the claims investigation process. They do not establish the presence of fraud, but they do warrant the need for closer examination. The claim still has to be investigated, with an independent claims determination made.

The mere presence of fraud indicators, alone, does not establish the existence of a fraudulent claim; it does not justify a denial, which would not be upheld in court, and should not determine coverage. The indicators can, and do, result in false positives; i.e., a claim that has a fraud indicator still can result in a legitimate, covered, claim which the carrier should pay. The study by the Coalition Against Insurance Fraud and SAS that we mentioned earlier, quotes David Rioux, vice president and manager of Corporate Security at Erie Insurance as saying, “The advantage of the business-rules approach is its simplicity. Unfortunately these business rules often generate high false positive rates and quickly become obsolete because swindlers can easily learn and manipulate rules to their advantage.” One way to address these concerns is to monitor, and update, the fraud indicators based on a carrier’s on-going experience.

When data is analyzed to help trigger an investigation, it still places the claim in the hands of the insurer’s SIU personnel, who in turn can, and do, investigate using their skills and experience to make a final coverage determination. This role uses technology to assist, rather than substitute for, human intelligence and experience. This screening role, however, is not the only, or the best, use of data analysis by carriers. How carriers can, and do, currently use it, and how the analysis actually works, will be the subject of future posts.