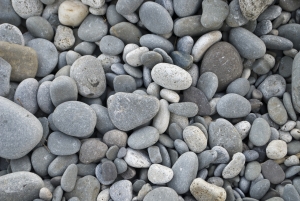 There are some interesting cases that illustrate just how difficult it is to pierce the corporate veil. One is E. Hampton Union Free Sch. Dist. v. Sandpebble Builders, Inc., 66 A.D.3d 122, 126, 884 N.Y.S.2d 94, 98 (2nd Dept. 2009) aff’d, 16 N.Y.3d 775, 944 N.E.2d 1135 (2nd Dept. 2011). There, the Plaintiff was a Long Island school district that sued not only a construction company, Sandpebble Builders, Inc., but also its president and principal owner, for breach of contract. The School District alleged that the construction company had negotiated the terms of a construction services contract in bad faith. According to the School District, the company came to an agreement in principal with it on the terms of the contract numerous times only for the company to try to negotiate better terms, and, when it could not, the company would refuse to execute the contract. The company, according to the School District, was trying to delay the project on which it was supposed to work, by prolonging the negotiations, and using that as leverage to negotiate a better deal, one closer to a previous contract which the School District evidently canceled. That, without more, would make the dispute nothing more than another example of why it is important to spell out all of the terms of the contract in writing and to make it clear that the parties involved in a transaction do not wish to be bound unless and until there is a written, executed agreement.

It is that requirement, that in order to pierce the corporate veil you must show that the owner abused the privilege of doing business in the corporate form, which offers the most protection to the average New York business. Many businesses are owned by one shareholder, or maybe a few at most. In most of them, the owners/shareholders take the lead in running the company, making the important decisions and doing the hands on work to make the business succeed. Negotiating contracts is a key responsibility; what owner would not get involved in negotiating a contract, in deciding what work to do, what goods to buy, and at what price? If an owner of a corporation could be potentially personally liable for every alleged breach of contract, just because she is the only owner of the corporation, there would not be much meaningful benefit to forming a corporation. As it stands, there still is a meaningful difference, at least in New York, between doing business individually and doing business as a corporation, even for a corporation that is owned, and operated, by only one person.