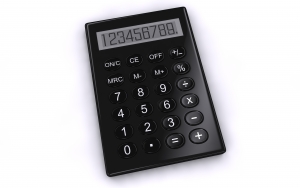 When it comes to negotiating the best deal possible most people consider words to be king. If you make an offer there has to be a justification. If you refuse the offer, you immediately have to make a counter-proposal, and justify it. You tout the benefits of your product, justify your asking price, and critique the other side’s position; a few well-placed matter-of-fact observations, should do the trick. What most people do not realize, though, is that sometimes certain things, at certain times, are best left unsaid. Sometimes, silence is golden.

Standard negotiating advice to someone making an opening offer is to justify it. If there is something special about the item you are trying to sell, then say it. If there is something below-par about the product or service that you are trying to buy, then mention it. After all, you will be taken more seriously, and your position given more credence, because you have a reason for your offer. This advice is based, in large part, on the 1978 “Copier Machine Study,” by Ellen Langer, Arthur Blank, and Benzion Chanowith. In that study, a person waiting to make copies was more likely to let someone cut in front of him to make a small number of copies if the person offered some justification.

Katherine Shonk, Editor of Negotiation, the monthly newsletter of Harvard Law Schools’ Program on Negotiation, in an article that first appeared in October, 2011, points out that sometimes it may be wise to not justify an offer, at least not at first. She points out that the “Copy Machine Study” may have more to do with the trivial nature of the request, “Can I make 5 copies?” than with the justification offered for it.

To back up her point, she cites new research, done by Yossi Maaravi, Yoav Ganzach, and Asya Pazy of Tel Aviv University. It found that when the person who makes the initial offer tries to justify it with obvious, readily available information, the other side often will come back with a counter-argument and a tougher, low-ball, counter-offer; i.e., an easy counter-argument equals a lower counter-offer and tougher negotiations. In other words, the person that made the initial offer would have been better off not justifying it. According to the researchers, this could be for the simple reason that the other side does not want to be boxed-in to a bargaining position at the outset; she wants to think for herself rather than merely accept what the other side says as a given.

Katherine Shonk points to one experiment, of someone trying to sell his apartment, that bears this out. The researchers found that if the Seller tries to justify his asking price with obvious facts, such as that the apartment was recently renovated and has an elevator, the potential buyer is more likely to use other obvious facts, such as that it doesn’t even have a washer or parking, to justify a lower counter-offer.

This actually makes a lot of sense, though it may seem counter-intuitive at first. Most people, when they negotiate, want to make sure the other side knows they’ve done their homework. At the same time, each wants to be respected, even when one has an obvious advantage over the other. After all, you always need at least two to make a deal.

Going back to the example of trying to sell an apartment, how smart do you think you’ll look if you justify your asking price by pointing out that it was recently renovated, when that point is obvious to anyone who’s seen the place, including the potential Buyer? And do you think the potential Buyer will feel that you respect her as an equal or believe that you are condescending?

The moral to the story is, if you have nothing to justify your initial offer other than facts that the other side either has or can easily find out, you probably are better off saying nothing at all; just make the initial offer. This goes along with another human trait that often is overlooked. People very often think they know more than they actually do and will fill in gaps in their knowledge with what they suppose is the correct answer. If you merely state your initial, reasonable offer, and leave it out there for a while, you’ll give the other side an opportunity to fill in the blanks. The other side may even come up with a better justification for your asking price than you would have made on your own. Perhaps, in the right place at the right time, silence can be golden after all.