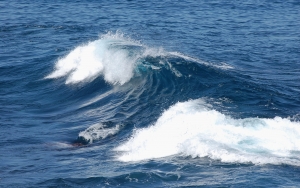 Everyone knows the devastation caused by Hurricane Sandy: property destroyed; power lost; lives disrupted. No one expected it, but everyone has to live with it. Insurance is supposed to help put the pieces back together. But who’s responsible when the insurance you have isn’t the insurance you need? Nothing good happens when businesses close and homeowners can’t rebuild because they don’t have the right kind, or the correct amount, of insurance. When that occurs, who’s liable for such a big mistake? You might think it’s the insurance broker or agent but, more often than not, it’s the insured.

Recently, a Glen Cove, New York restaurant, The Water’s Edge, sued its insurance broker, B&G Group, Inc. for allegedly getting it the wrong coverage, from the wrong company, in the wrong amounts. According to an article in Newsday, the restaurant closed down on the day of the Storm, October 29, 2012. It didn’t have power for 14 days, couldn’t maintain its refrigeration system, had to dispose of the spoiled food, and only reopened in late May of this year. It claims that it lost $115,000 in spoiled food and suffered $250,000 in lost business income. The problem, evidently, is that it received only $5,000 for covered losses under its insurance policy, when it thought it would receive, and obviously needed, much, much more.

The Water’s Edge, which opened only last summer, according to news reports, obtained an insurance policy from Lloyd’s of London and used an insurance broker, B&G Group Inc., to get it. The Water’s Edge allegedly paid the policy premiums to B&G but B&G failed to pay the premiums to Lloyd’s of London and, as a result, the policy was canceled. B&G allegedly replaced the canceled Lloyd’s policy with another, presumably with different terms and coverage limits, but never informed the restaurant of the changes. The Lloyd’s policy allegedly had coverage limits of $500,000 for both the loss of the food and for business interruption, but the most the restaurant could recover under the replacement policy evidently was much less. When the loss was adjusted, and the payment turned out to be so small, the restaurant sued the broker to make up the difference.

Importantly, the Water’s Edge, based on the news reports, did not sue its insurer. This probably means it received everything it was entitled to under the replacement policy. There also is no allegation that Lloyd’s wrongfully terminated the original policy. With these two avenues closed, there was only one other place to turn: its insurance broker.

If the allegations are true, and right now we don’t know if they are, the restaurant has a good chance of recovering at least some of its losses. It will have to show that the only reason the Lloyd’s of London policy was not in effect was because of the broker’s mistake. It then could be entitled to recover only the difference between what it received under the replacement policy and what it would have recovered under the Lloyd’s of London policy. The broker will be able to challenge the claimed coverage and damages because it will stand in the insurer’s shoes; i.e., if the insurer would have had to pay, then the broker will have to pay. Soho Generation of New York, Inc. v. Tri-City Ins. Brokers, Inc., 256 A.D.2d 229, 231-32, 683 N.Y.S.2d 31, 34 (1st Dept. 1998).

A lot of these rules probably can be traced back to basic contract law. Whenever you sign a contract you are presumed to have read it. The same thing occurs with insurance policies. If an insured gets an insurance policy, pays the premiums, and renews it year after year, it is presumed that he knew what he had and approved it, even if it might not have been exactly what he asked for in the beginning. Portnoy v. Allstate Indem. Co., 82 A.D.3d 1196, 1198, 921 N.Y.S.2d 98, 100 (2nd Dept. 2011). Perhaps, it goes to a bias that there is little if any special skill involved in placing insurance coverage. After all, the New York Court of Appeals did say, in Murphy v. Kuhn, 90 N.Y.2d 266, 272-73, 682 N.E.2d 972, 975-76 (1997), that an insured was in a better position to question, and challenge, the services of an insurance broker than a doctor, lawyer, or architect. No matter what the reasons, however, insurance agents or brokers should not be looked at as the fail-safe refuge of last resort to recover for losses the insured should have protected against in the first place.