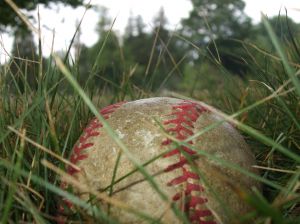 According to the story in the February 28, 2014, Claims Journal, Kansas has not raised its cap on damages for pain and suffering since the 1980’s. Though the cap was found constitutional by the state’s highest court in 2012, the decision disapprovingly noted the long delay in raising the cap. The warning evidently was heard loud and clear. The story notes that the chairman of the state senate judiciary committee, Jeff King, considers it only a matter of time before the current cap, of $250,000, is overturned as being too low. That is why the current bill would increase the cap, in stages, to $350,000.

There are three competing interest groups, or stakeholders, involved: the local business community, represented by the Kansas Chamber of Commerce; the local medical community, represented by the Kansas Medical Society; and the state trial lawyers group, the Kansas Association for Justice. All have different interests. The first two, potential defendants in personal injury actions, want to keep the cap in place. The last, the lawyers representing personal injury plaintiffs, wants to do away with the cap so they can recover as much money as they can for their clients.

The three parties each have used a different strategy to promote their interests. The Kansas Medical Society evidently thinks the best way to save the cap is to raise it; better to have a higher cap than none at all. The Kansas Chamber of Commerce will support increasing the cap, which it views as an increase in the cost of business, only in return for changing the evidence rules, which it thinks will lessen that increase. The Kansas Association for Justice reportedly believes the changes in the evidence rules go too far, and claims that they will be a net win for the business and medical communities.

If money compensates personal injury victims best, and trial lawyers earn their money through better compensating their clients, then this seems like a fair compromise. It at least gives all sides a little of what they truly need, rather than simply what they want. It gives the personal injury plaintiffs the chance to recover more for pain and suffering. It gives the defendants more tools with which to try to limit those recoveries. Though the changes to the rules of evidence might favor the defendants, the trial lawyers still will have the chance to overcome them in the courtroom.

When you consider each side’s BATNA, or best alternative to a negotiated agreement, the proposed deal looks even better. Right now, without the deal, the Kansas Medical Society and the Kansas Chamber of Commerce would be faced with the likelihood that the cap would be overturned in the not distant future as inadequate, and they still would have to endure the current unfavorable rules of evidence. The Kansas Association for Justice, or trial lawyers, without the deal, would still chafe under what they claim is the too small cap; they would have to gamble it would be overturned sooner rather than later. They also would have to continue to beat back the pressure to change the current favorable rules of evidence they enjoy.

This illustrates one thing your business should keep in mind the next time you negotiate a contract with a supplier or long-term customer. Sometimes a compromise, even if not perfect, is better than winner-take-all, especially where the parties will have to live with each for a long time to come. It might not always be the best, but it is often better than the alternative.