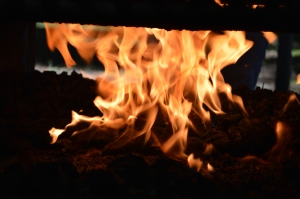 Arson is only one of many types of Insurance Fraud. Unfortunately, it is one of the most dangerous; and it just never goes away. As we previously mentioned, whenever a big pot of money is available, people will try to find a way to take it, or at least grab a big share of it; making a fraudulent insurance claim is just one way. Intentionally setting a fire to defraud an insurance company, though, is something different; it’s inherently dangerous in a way most other types of Insurance Fraud are not. You never know what’s going to happen once the flames begin to catch. People, whether running to escape or rushing to the rescue, often will get hurt; they simply are hard to put back together.

Unfortunately, there have been many examples of intentionally set fires in the New York area. Most recently, three 19 year olds were arrested for allegedly setting fire to a convent on Staten Island. They reportedly broke into it to see what they could steal and one allegedly set the fire when he lit two religious candles and dropped one on a closet floor and one on an upper floor. As always, not everyone made it out safely. One of the two nuns who were sleeping in the convent escaped, apparently without harm. When the second nun had to jump out a second floor window to get away from the fire, though, she broke her back and reportedly will have to learn how to walk again.

Sometimes, insureds set fire to their own houses in order to collect the policy proceeds. Not that long ago, a mother and her adult daughter were arrested in Connecticut for allegedly setting fire to the mother’s house in Stratford. This evidently involved a first-party property claim; the mother allegedly recovered $337,000.00 for damage the fire caused to her house and personal property and the daughter recovered almost $2,000.00 for damage to her car that had been parked in the mother’s garage at the time of the fire.

The unnamed insurance companies in the Connecticut case paid the insureds’ claims; a total of almost $340,000.00 worth. There’s also no indication whether the carriers investigated the claims or, if they did, what their investigations consisted of. But it’s fair to ask whether, based on the facts the police reportedly developed, the insurance companies would have been able to deny the mother’s and daughter’s insurance claims and make those denials stand up in court.

We obviously don’t know all the facts, or all of the evidence, in the Connecticut case, and the mother and daughter only have been arrested, not convicted. We do know, however, that it seems highly unusual for someone to have frozen food and televisions in the car at the time of a fire, and it appears obvious that someone must have poured the gasoline through the house. Whether that alone means that it is highly probable that the insureds caused the fire, is unclear. It would be interesting to know, though, just how frozen that food still was when the fire was put out. When faced with a similar situation, these facts probably point out the need to further investigate the claim to see whether there actually is an innocent explanation. After all, if the insureds in the story did in fact cause the fire, it will probably be difficult for the carriers to get any of their money back; money, at least some of which, they may not have had to pay in the first place. Sometimes, a little investigation can go a long way.