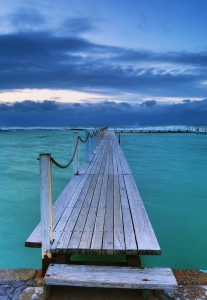 Trying cases in New York is fun; not the everyday let’s have a good laugh fun, but an exhilarating, team play, goal accomplished, touchdown, kind of fun. Dealing with jurors is a big part of the job: selecting them; persuading them; deferring to their decisions. Trial work and jurors: you can’t have one without the other.

It’s been a year since the Storm hit. In this part of the world, New York, New Jersey, and Long Island, that’s all you have to call it. Things were one way, always that way, and then Superstorm Sandy hit and everything changed. Lives changed; many aren’t back to normal. Homes were destroyed; many aren’t rebuilt yet. The Storm did a number on us; all you had to do was walk around the streets of Lindenhurst or Long Beach, or the walks of Breezy Point, after the Storm to see that. Even areas far from the Sound, the Ocean, or the Bays, were hurt: no power for two weeks is no fun. Gas lines and odd-even days weren’t even fun when Happy Days was on.

This was going to be a simple thank you to all those people who helped us out during our time of need. But the more I think about it, the more that thank you can be a lesson that every trial lawyer should reflect on.

There’s been a lot of talk recently about the common man, the average person, the everyday citizen; none of it good. There’s an overriding theme, be it in the news, business, or the law, that the average person is just, well, average, and that, simply, is not good enough. The common refrain is that people need specialists to guide them in the right direction, tell them what to do; make decisions for them.

In the insular community known as the law, of which I am a dues paying member, there has been a lot of criticism of the jury system, and of jurors in particular. Often you’ll hear people in the profession, be they trial lawyers, consultants, or paralegals, bemoan the quality of the jurors as the reason they lost the case. If only the jurors would’ve paid closer attention, cared more, understood better whatever obscure topic the case depended on, then the right side, their side, would have won. The battle cry often goes something along the lines of: if only the jurors would have taken the time to try to understand what we were telling them, they would have ruled in our favor, our client would have won, and all would have been right in the world; the fact that we lost is their fault, not ours. Most of the time, the people from whom you hear the loudest complaints are the ones who offer the fewest alternatives, if any at all; it is always easier to criticize than to create.

For better or worse, though, the jury system is the one we’ve come up with and live with. It depends, in large part, on the innate ability of average, everyday people to put aside their cares, focus on the dispute, whether civil or criminal, and make the right decision. In other words, it depends on the jurors’ common sense. To hear some say it, the average person cannot be counted on even for that.

In the last year, volunteers from all over the country have come here to help, for no other reason than they wanted to. There was an LSU fan by way of Tennessee who wanted to see her team beat her old coach; a cook from Louisiana whose food, even under bad circumstances, was something to remember; an ambulance driver from West Virginia who stayed up half the night talking, laughing, and joking to calm the fears of some elderly people evacuated in the Storm; a son of a famous fly fisherman from Oregon who himself was a hoot and a holler; a grandma from Florida who did not look her age; a man from a small town in Nebraska who knew the prairie but still wanted to see the ocean; a woman from Minnesota who most certainly knew how to get things done in New York. These were people who gave their time, their skills, themselves, to help. They helped people they didn’t know in a place they’d never been, yet they still came. Because of them, a couple of old ladies had a warm, safe place to stay and a reason to stay up; the Giants fan who was flooded out of his house had someone to talk sports with and a full belly to do it on; the people whose homes were cold and damp and decorated with signs that read, “You Loot, I Shoot,” had a safe place for their families to sleep, and, even if they wanted to stay where they were, had MRE’s, no power required. No one asked these common everyday people to help; the phones weren’t working, so we couldn’t if we tried. No one made them; they packed up and came, even before the Storm hit. No one paid them; volunteers all. But they were here, and they helped, in more ways than you can imagine.

The Storm and the jury system may seem like two separate things; one not having much to do with the other. One was a catastrophe and, no matter what some might say, one is not. But if people can willingly do the right thing for the right reasons in one, why wouldn’t they do the right thing for the right reasons in the other? Maybe it’s not just the jurors who could do a better job; maybe we need to do a better job persuading them. When the volunteers came here, they left their everyday lives, but only with the help of others who stayed behind to pick up the slack. Maybe that’s how we should look at the jury system: one where we should all try a little harder to make it work right. It can’t hurt to try.