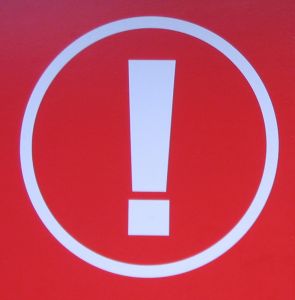 We’ve spent a lot of time this past summer talking about how important negotiations are to businesses and individuals alike, and how various negotiation strategies work together to produce desired, and sometimes unintended, results. This time, we’re coming back to one useful strategy in particular, which is known by the ever impressively indecipherable acronym BATNA, to show how it can be used, abused, and overplayed. Put another way: BATNA Beware.

BATNA is shorthand for Best Alternative to a Negotiated Agreement; i.e., your best fallback position if negotiations fail and you have to walk away from the negotiating table without getting a deal done. Everyone’s been involved in that situation before; no negotiator is immune from sometime, someday, someway, simply not being able to reach a deal. For years Verizon Communications and Vodafone could not reach an agreement to end their joint venture in Verizon Wireless. Started in 2000, after Bell Atlantic merged with GTE Corp., both of which had a large East Coast presence, and Vodafone purchased Air Touch Communications, which had a large customer base on the West Coast, Verizon Wireless is the largest cellular service provider in the United States. Verizon Communications reportedly owns 55% and Vodafone 45% of the joint venture. According to those same reports, Verizon Communications had a long standing desire to buy out Vodafone but did not want to pay Vodafone’s $130 billion asking price. It instead wanted to pay only $100 billion for the minority stake in the company. As a result, no agreement was reached until earlier this month when Verizon agreed to buy out Vodafone for the $130 billion Vodafone reportedly had been seeking all along. You can learn a lot by looking at the facts behind this apparent change of heart.

The problem apparently was that Verizon Communications overestimated its bargaining power and underestimated Vodafone’s fallback position. If no deal was done, and everything stayed the same, Verizon Communications would still be in charge, but Vodafone would still receive a large share of the wireless company’s profits. Reportedly, Verizon Communications wanted those profits on its books, not Vodafone’s. When you think about it from Vodafone’s point of view, is it really that bad to have a large investment in a profitable company with a good rate of return? Why walk away unless you can cash-out at or close to your asking price? After all, it might be difficult to find another place to put your money that will get you close to the same return. Maybe Vodafone really could afford to hold out longer than Verizon. What reportedly got the deal done was Verizon Communications’ concern about the effect rising interest rates will have on the cost of raising the money necessary to finance it. When you’re talking about purchases of about $100 billion, even minor fluctuations of bond prices and interest can quickly make a difference.

Overestimating your best fallback position, and underestimating that of your negotiating partner, is fairly common and hard to avoid. Chances are you will always have a better idea of your alternatives than those of your negotiating partner; you really can’t know his business, background, aspirations, and options the way you know your own, no matter how hard you try. There’s also a real danger in trying too hard. According to Harvard Business School Professor Francesca Gino, in an article first published in May 2012 in Negotiation, the monthly newsletter of Harvard Law School’s Program on Negotiation, negotiators who invest significant time and effort in evaluating their best fallback position, and comparing it to what they have determined is their negotiating partner’s BATNA, feel disproportionately entitled to a better outcome. It takes time and effort to strengthen your alternatives, to develop other places to buy your supplies or sell your goods, if the current deal doesn’t get done, let alone to figure out the other side’s wants and needs. That’s only human; the more work a negotiator puts into negotiations, the better the deal she feels she’s entitled to. There’s nothing wrong with that as long as she doesn’t let it blind her to what otherwise would be a perfectly good outcome.

The moral to the story, because there’s always a moral to every good story, is to never become overconfident in negotiations. Just because you do your homework doesn’t mean that you’re entitled to hit a home run when you’ve already decided that a single is all you really need to score the winning run. Maybe Verizon Communications would have been able to work a better deal to buy-out Vodafone had they not waited so long under the apparently mistaken assumption that they held the better bargaining position; maybe they could have reached a compromise price sooner and saved $10-$20 billion in the process. Maybe the next time you try to negotiate a deal you should remember what you want without worrying about getting more than you realistically should achieve. Overconfidence breeds defeat. Remember that no one ever can truly know all the options or foresee all the possibilities. In the end, BATNA beware.