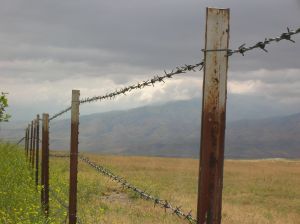 We previously spoke about injunctions; the court orders that most often forbid one party from doing something either temporarily or permanently. They are the subject of often heated controversies, the ones you see on the news where two sides in a passionate dispute go to court to settle their differences in the modern day equivalent of the Roman Coliseum, otherwise known as the courtroom. The losing party never does like it. He’s the one with his head slumped as the winner too often, and often too early, gloats over his victory. What happens when the losing party ignores the court order and goes ahead and does what he wants anyway? What happens when he violates the temporary restraining order, the temporary injunction, or the permanent injunction? In New York, the right way to enforce an injunction is for the aggrieved party to make a motion to hold the other in contempt for violating the court order. What everyone should remember is that contempt is a two way street; the rules are fair but the punishment can be harsh.

A recent high profile case here in New York that involves an alleged violation of a temporary restraining order, or TRO, concerns Long Island College Hospital in downtown Brooklyn. It was sold to SUNY Downstate Medical Center in 2011. Instead of keeping it open as it said it would when it bought the hospital, SUNY Downstate reportedly has tried to shut the hospital down. New York City Public Advocate Bill de Blasio obtained a temporary restraining order preventing SUNY Downstate from taking any action which could facilitate the shutdown. According to de Blasio, SUNY Downstate violated that TRO by transferring patients and diverting ambulances from the hospital; the hospital staff went so far as to call the police to prevent their patients from being transferred in violation of the TRO. De Blasio even wrote a letter to the New York City Fire Commissioner, Salvatore J. Cassano, asking him to stop diverting ambulances from the hospital. The state court judge that approved the 2011 sale, the Hon. Carolyn Demarest J.S.C., now has invalidated the sale because she reportedly determined that SUNY Downstate did not buy the hospital in good faith; i.e., it did not really intend to keep the hospital open as it claimed.

The rules for holding a party in civil contempt are simple and fair. A recent case, decided by the New York Appellate Division, Second Department on June 5, 2013, illustrates this. Suiss v. Baron, 107 A.D.3d 690, 966 N.Y.S.2d 481, 482 (2nd Dept. 2013), was an action to partition real property. The court ordered the defendant, who occupied the property, to pay money due for the use and occupancy of the real property to a temporary receiver or to give up possession of the property; i.e., she either had to pay to use the property or get out. The defendant, evidently, did not like the order and refused to obey it. The plaintiff tried to enforce the court order by making a motion to hold the defendant in civil contempt, which the lower court granted. In upholding the civil contempt finding, the Second Department held that:

It is only fair that before a court can hold a party in contempt, it has to be certain that the offending party knew what it should not do and went ahead and did it anyway. Putting the order into the party’s hands, and making sure the order is clear, normally takes care of this. It also is fair that the offending party has to cause harm before he can be punished; no harm, no foul, is a reasonable rule. The higher burden of proof, that the violation be established by clear and convincing evidence, rather than the normal preponderance of the evidence, is another way to try to ensure that only the truly deserving are held in contempt.

In regard to Long Island College Hospital, there is a strong case, based on the information supplied by Bill de Blasio, that the owner could have been held in contempt for violating the temporary restraining order. If the TRO was clear that the owner could not transfer or divert patients, the owner knew that the TRO forbade this because it already had received a copy of the order, and the owner went ahead and intentionally transferred and diverted patients anyway, a civil contempt finding seems appropriate.

The penalties for civil contempt can be strong. They include a fine, imprisonment, or both, as well as actual damages the offending party caused to the aggrieved party by his violation of the court order and attorney’s fees directly related to the contemptuous conduct. See Vider v. Vider, 85 A.D.3d 906, 908, 925 N.Y.S.2d 189, 192 (2nd Dept. 2011). They are designed to ensure that parties pay attention to and abide by the orders of the court.