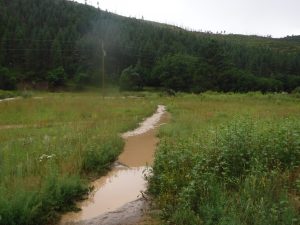 How do you know exactly what is included in your contract, and what is not? If your company enters into a contract to supply services, for example, the contract will include a provision for when and how you will be paid. What happens, though, if that provision, as it often does, includes a long list of terms, some very specific, some more general, and some catch-all?  How do you determine, pursuant to New York law, what will have to happen for you, or your business, to be paid?

As we recently discussed, it is important to know how to determine what your contract means, either before you sign it, so you can credibly try to avoid potential liability once the contract comes into existence; or, after the parties are bound and a dispute arises, so you can resolve it or perhaps limit your liability for it. One way to do that is to apply the rules of contract interpretation to the particular language of your contract.  In this article, we will examine how one such principle, ejusdem generis, is used to help determine exactly what a contract term means, or, even more likely, how a court will enforce it.

In other words, if you are trying to determine the meaning of a particular contract term that is somewhat general, or possibly vague, you can look to the meaning of the more specific words around it to help explain what the parties intended it to mean.

In Miller Tabak +  Co., LLC v. Senetek PLC, 118 A.D.3d 520, 988 N.Y.S.2d 141 (1st Dept. 2014), a financial advisor sued its client to recover a “transaction fee” it claimed it earned pursuant to a contract between the parties. The financial advisor helped the client take preliminary steps to buy a gold mine, including purchasing a $5 million participation interest in certain notes, the collateral for which was the gold mine.  The purchase of the mine, however, fell through because the client could not obtain the necessary additional financing.  The question was whether the purchase of the participation interest in the notes was a “transaction” as defined by the contract; if it was, then the financial advisor would be entitled to a transaction fee.  The court held that it was not a “ transaction,” and it relied on the principle of ejusdem generis to do so.

In our view, the motion court unreasonably construed the parties’ agreement in arriving at the conclusion that plaintiff was entitled to a “transaction fee” in connection with defendant’s aborted acquisition of a participation interest in the notes. The letter agreement provides that plaintiff is entitled to a “transaction fee” following the consummation or closing of a “transaction,” which it defines as the “sale, transfer or other disposition … [of] a portion of the assets, businesses or securities of [defendant].” The acquisition in question was admittedly not a “sale” or “transfer.” Nor can it be considered a “disposition,” as plaintiff contends. The term “disposition” does not appear *522 in isolation in the agreement, but as a catch-all at the end of the phrase “sale, transfer or other disposition.” Thus, under the principle of ejusdem generis, the general language “or other disposition” must be construed as limited in scope by the more specific words “sale” and “ transfer” that preceded it (see 242–44 E. 77th St., LLC v. Greater N.Y. Mut. Ins. Co., 31 A.D.3d 100, 103–104, 815 N.Y.S.2d 507 [1st Dept.2006]).

Further, as noted by the dissent, the acquisition of the gold mine was never completed or consummated, and the deal was unwound. Thus, the deal lacked the finality necessary to constitute a “disposition,” as that term is commonly understood.

Though the court determined the meaning of the contract term “disposition” by examining the words surrounding it in the contract definition of “transaction,” the court did not go further.  It held that to define a term in a contract, the more specific provision concerning the definition of the term controls over the more general provisions of the contract.  As the court stated, at Miller Tabak + Co., LLC v. Senetek PLC, 118 A.D.3d 520, 522, 988 N.Y.S.2d 141, 143 (1st Dept. 2014):

The more general language in the description of the scope of the “engagement,” i.e., “a review of strategic options and development of a business plan to evaluate and make recommendations for maximizing the assets of [defendant]” does not illuminate the question of what constitutes a “disposition.” In any event, assuming a conflict, the more specific provision concerning the definition of “transaction” would control over the general provisions in the agreement.

This seems like a sound approach, grounded in commonsense.  The next time you try to describe something, think about how you do it.  Are you more likely to give random observations or variations on a theme?  Sound contract interpretation tries to discern the theme that good contract drafting put there in the first place.