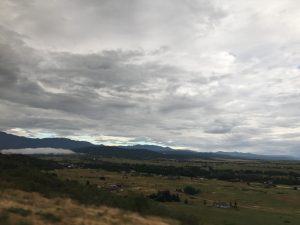 So that it would not have to defend or indemnify the Boyfriend in the Personal Injury Action, the Insurance Company started a declaratory judgement action in which it asked the court to find that there was no coverage under the policy for the Boyfriend.

The Insurance Company argued that the Boyfriend’s criminal conviction for assault meant that it already was determined that he intentionally injured the Girlfriend, and there could be no coverage for that intentional act; and, that since the Boyfriend had a full opportunity, and every reason, at his Criminal Trial to try to establish that he did not intentionally hurt the Girlfriend, he was Collaterally Estopped from challenging that finding in the Declaratory Judgement Action.

Collateral estoppel is an equitable doctrine “grounded on concepts of fairness” (D’Arata v New York Cent. Mut. Fire Ins. Co., 76 NY2d 659, 664 [1990]). The two requirements of the doctrine are “that the identical issue was necessarily decided in the prior action and is decisive in the present action,” and that “the party to be precluded from relitigating an issue must have had a full and fair opportunity to contest the prior determination” (id.). “[I]n appropriate situations, an issue decided in a criminal proceeding may be given preclusive effect in a subsequent civil action” (id.; see Allstate Ins. Co. v Zuk, 78 NY2d at 45).

In order to convict the Boyfriend of assault, the jury in the Criminal Trial had to determine whether the Boyfriend slammed and choked the Girlfriend.  It did not have to decide whether the Girlfriend suffered additional injuries after the assault and whether those injuries were caused by his negligence. As the Appellate Court held, there was at least a factual basis to determine that some of the Girlfriend’s injuries were due to the Boyfriend’s negligence, and therefore due to an occurrence as defined by the policy and that coverage was not barred by the policy’s intentional acts exclusion.  The Insurance Company had not shown otherwise, because the jury in the Criminal Trial, upon which it relied, had not decided those issues. The Boyfriend therefore should have a chance to prove this, and he was not collaterally estopped from doing so.

This case points out that fair outcomes are based on fair procedures which deserve to be followed closely as the facts and applicable law are scrutinized. There are no guaranties that the Insurance Company will have to defend or indemnify the Boyfriend or that the Girlfriend will be able to prove that she suffered any injuries due to the Boyfriend’s negligence rather than his intentional acts.  This decision did not end the Declaratory Judgement Action.  It is fair, though, that every person be given one full and fair opportunity to defend themselves against the specific allegations on which their liability rests; two might be too many, but none is just not enough.