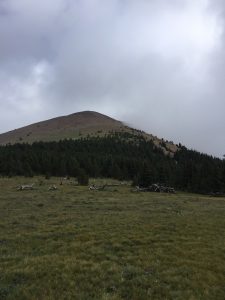 The rules of contract interpretation are best learned from seeing how they are applied.  To use them, successfully, is to know them.  In our last article, we discussed some of the basic rules.  We will now see how one of them, giving the words of the contract their plain and ordinary meaning, is applied by courts to common situations faced by New York businesses.

In Lake Const. & Dev. Corp. v. City of New York, 211 A.D.2d 514, 621 N.Y.S.2d 337 (1st Dept. 1995), a contractor sued the City of New York to be compensated for the additional work it said it performed to complete the brickwork on a public works construction project.  In preparing its winning bid, it had relied on the City Engineer’s cost estimate, which it said showed one brick wall of 972 square feet, rather than the two free-standing walls the contractor claimed were necessary to complete the job.  It obviously cost more to finish the job than the contractor estimated, so it tried to recoup at least some of its losses from the City.  Though that might seem like a reasonable approach for a business to take, it did not work.

The mere fact that the contractor claimed the contract was ambiguous did not make it so.  In upholding the lower court’s grant of summary judgement to the City dismissing the complaint, the First Department held that the relevant contract was clear and unambiguous that the contractor’s compensation was not based on the number of walls that needed to be constructed.  As the court noted, at Lake Const. & Dev. Corp. v. City of New York, supra, 211 A.D.2d 514, 515, 621 N.Y.S.2d 337, 338 (1st Dept. 1995), “the parties’ contract unambiguously provided that the quantity of brickwork to be paid for under the contract ‘shall be based on the number of square feet of free-standing brickwall installed in accordance with the plans and specifications and directions of the Engineer’.”

Not only was the contract clear about the scope of the work but the contract also was clear about what had to be done to be able to seek compensation for extra work.  The court held that the contractor could not maintain its claim for additional compensation because it failed “to carefully examine the project work site and to seek clarification of any contractual ambiguities prior to bidding, as specifically required by the unambiguous provisions of the parties’ contract.” Lake Const. & Dev. Corp. v. City of New York, supra, 211 A.D.2d 514, 515, 621 N.Y.S.2d 337, 338 (1995) [internal citations omitted].