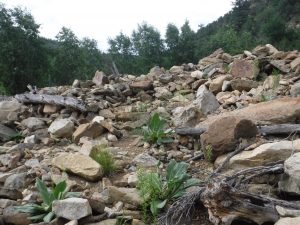 What does your contract actually mean? You know what it says.  You know what you meant when you signed the contract and committed your business to it.  You thought it was clear and unambiguous.  What do you do when the other party claims you breached the contract and wants damages?  You know you fulfilled all your promises, duties, and obligations under the contract, and that the only way you breached it was if you promised something more, or different, than you thought you did.  So how, exactly, do you read a contract to determine what it means?

The rules of contract interpretation for contracts governed by New York law are fairly straight forward, even if the contract language they are used to decipher can appear to be opaque or misleading   For example, if the obligations of your New York business rested on the meaning of the phrase “face amount” as used in a commercial contract, with potential liability for hundreds of thousands of dollars of damages at stake, where would you start?

It is one thing to know what the rules are;  it is much more informative to see how they are applied.

In this case, the court used the rules of contract interpretation to settle a commercial dispute.  Uniroyal sold certain accounts receivable it held in Turkey to American Express.  American Express paid Uniroyal 40% of the face value of the accounts receivable in return for the right to collect them.  In return, Uniroyal warranted, or promised, in relevant part, as quoted by the court at Am. Exp. Bank Ltd. v. Uniroyal, Inc., 164 A.D.2d 275, 276, 562 N.Y.S.2d 613, 614 (1st Dept. 1990):

The dispute rested on the meaning of the term “face amount” in the warranties section of the contract, which would decide whether Uniroyal was liable for a shortfall in the dollar amount recoverable for the dollar denominated accounts receivable. The court explained the reason, at Am. Exp. Bank Ltd. v. Uniroyal, Inc., 164 A.D.2d 275, 276–77, 562 N.Y.S.2d 613, 614 (1st Dept. 1990):

Prior to entering this agreement, Uniroyal had elected under Turkish law to convert certain of the obligations underlying the Accounts Receivable from Dutch guilders and Belgian francs into U.S. dollars.

Contrary to expectations, the Turkish Central Bank did not convert the Dollar Accounts Receivable directly into Turkish lira for the full amount of $1,979,469.50. The bank differentiated those dollar sums as to their sources and converted the amounts which came from Dutch guilders and Belgian francs into lira directly from those currencies rather than from *277 U.S. dollars causing a shortfall in the Dollar Accounts Receivable.

The parties agree that there is no issue of fact. The only issue is the interpretation of the phrase “face amount”. If the phrase refers to accounts receivable in U.S. dollars, then Uniroyal was never entitled to receive the Turkish lira equivalent of the U.S. dollar amount, the warranty was not true and Uniroyal is liable under the express covenant. If the phrase “face amount” refers to Dutch guilder and Belgian franc amounts, then the warranty is true, and Uniroyal is not liable.

The outcome was that the term “face amount” referred to the accounts receivable in U.S. dollars, not in either of the other two currencies; that Uniroyal warranted that it was entitled to convert that U.S. dollar amount into Turkish lira, and that because it was not entitled to do so, it breached the warranty and was liable for any shortfall.

The key phrase is “to elect to receive payment on the Accounts Receivable in the Turkish lira equivalent of the face amounts thereof and in furtherance thereof …”, (emphasis added). The use of “thereof” unequivocally refers to the phrase “face amount” back to the phrase “Accounts Receivable”. Because that phrase is in capitals, it should be interpreted according to the specific definition in the contract which is in terms of U.S. dollars, Deutsche marks, and British pounds sterling. Nowhere in this contract definition is there any reference to any other currency or anything to indicate that “Accounts Receivable” can be interpreted to mean underlying invoices or statements that may be in some other foreign currency. Face amount of the Accounts Receivable must be in one of these three specified currencies. Since it is undisputed that the receivables in question are from the “U.S. dollars” portion of the schedule, the warranty in question can be interpreted only as a warranty that Uniroyal was entitled to receive the Turkish lira equivalent of the receivable valued in U.S. dollars. They were not and therefore the warranty was not true.

While the IAS Court and Uniroyal find it significant that the phrase “face amounts” in this warranty contrasts with the phrase “face value” in other warranties of the subject contract, the differences strengthen the position of American Express.

According to Black’s Law Dictionary (Fifth Edition), face amount is the amount “shown by the mere language employed”. “Face value” is the “value stated on the face”. The phrases are not precisely synonymous. “Face amount” is a literal concept—what the words or numbers on the printed page say. Face value is an abstract concept—what, according to those words or numerals, the document is worth. This interpretation is borne out by those cases that use both phrases in a manner *279 that suggests two different meanings. (see, e.g., In re New York Title and Mortgage Co., 278 N.Y. 486, 15 N.E.2d 430; Lund’s v. Chemical Bank, 870 F.2d 840, 853; Office of Comptroller General of Republic of Bolivia v. International Promotions and Ventures, 618 F.Supp. 202, 203).

This distinction is also borne out in the way that the two phrases are used in the contract at bar. Where “face amount” is used, it is a reference to the statement on the document—what the document says. When “Face Value” is used, it is a reference to the amount that American Express can recover—what the receivables are worth. Any other interpretation would require disregard of the plain meaning of the two phrases. Thus, under its plain meaning, the warranty clause in issue refers to the face amount of the receivables in United States dollars.

The amount of the Dollar Accounts Receivable is set forth many times in the agreement and accompanying assignment as U.S. $1,979,469.50. Uniroyal’s warranty extended to the conversion of that amount into Turkish lira as of the date of the agreement, and consequently it remains liable **616 for any shortfall according to the terms of its warranty.

This case does not answer all of the questions regarding how to interpret a contract.  It does, however, provide a good place to start:  Find the plain and ordinary meaning of the words used. Determine that by how they are used in the particular passage you are trying to interpret, as well as elsewhere throughout the contract, and by reference to the relevant dictionary definitions and to case law. If the meaning is apparent on its face, then that is most likely how a court will interpret the contract and, since the court is the ultimate authority as to what a contract means, that is more likely than not the meaning that will be enforced.