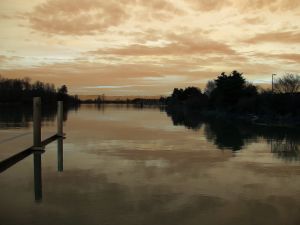 If you ever wondered what money can make people do, all you have to do is look in the news and you’ll see it, even in the most unlikely places. The last time, we spoke about Auto Thefts and Insurance Fraud and how money motivates both. Everyone wants a dollar and some don’t want to work for it; they’d rather steal it, though a lot of time and effort can go in to the theft. This time, the news comes from a more unlikely source: the Deepwater Horizon oil spill and the BP settlement. They again show that when there is a big pot of money lying around, people will find creative ways to take it.

Everyone remembers the Gulf Oil Spill; it happened only a couple of years ago, on April 20, 2010. It dumped a tremendous amount of crude into the Gulf; between 103 million and 176 million gallons. It polluted the Gulf; fouled its waters and shores; and devastated the economy in the area. Most people can still see the pictures of oil-covered birds being hand cleaned; the fireball and smoke coming out of the crippled rig, with streams of water pouring in from surrounding boats trying to put it all out; and the frantic efforts to cap the well. If you notice, the ads urging you to come back to the Gulf are still running, all this time later. It all points out just how bad it was. It seems only right that people and businesses should be compensated for the money they lost through no fault of their own, because of the spill.

British Petroleum, or BP, has a problem with settlement proceeds going to those they consider undeserving. Their biggest complaint seems to be that businesses are being paid even though they cannot trace any loss back directly to the spill. There’s even a report in the London Evening Standard that lawyers are advertising in the Gulf area by claiming “there is no need to provide proof that BP caused your loss.” According to those same reports, BP believes it already has been forced to hand over $500 million to firms who suffered no actual losses from the tragedy.

On Thursday, December 5, 2013, BP took out full-page ads in several major newspapers across the U.S. complaining about what they say are payments of bogus claims. They reportedly have taken exception to a number of what they say are questionable claims:

– One reportedly was by a lawyer who received more than $172,000; a significant amount of money, especially when you consider the spill happened in 2010, the lawyer reportedly did not have a license to practice law in 2010, and, whatever he did, he worked 200 miles from the Gulf.

– Another was by a nursing home that got more than $660,000. Yes, it was in Louisiana; but it evidently was closed for a year before the spill even happened.

The one BP took the ad out about, though, was an escort service in Louisiana that got paid $173,000; except that according to BP there was no connection between the business, the claimed loss, and the oil spill. The payment evidently was based on questionable financial records. The company did submit four years of tax returns, 2007-2010, but all were dated, and therefore possibly created, in 2012, and none were signed, as were none of the accounting statements submitted in support of its claim. There is no indication of whether the financial documents themselves, or the financial information contained on them, were confirmed in some other way. There probably aren’t too many forensic accountants, though, who would take those documents at face value.

BP also has gotten a bit of a reprieve. Federal District Court Judge Carl Barbier reportedly has now issued an order that temporarily suspends payments to businesses from the Settlement Fund until he can reconsider whether those who can’t trace their losses to the oil spill still should be compensated out of the fund.

The BP Settlement Fund may not be an insurance policy. No one had to pay premiums in order to be covered, though BP shareholders certainly have taken a hit in order to finance it. It sure does seem like it’s being used like business interruption insurance or loss of business income coverage. Claims are claims, no matter what pot of money they’re trying to grab a share of. How people and businesses get creative in making those claims is instructive to anyone who investigates fraud.