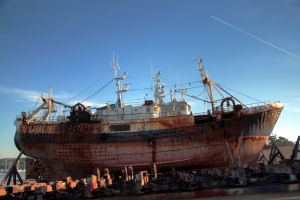 There are a few things, when you look around today, that most people probably can agree on: Auto theft is a large problem; Insurance Fraud is a large problem; and both involve a lot of money. Neither is going to go away anytime soon; not in New York; not in the U.S.; and not anywhere else you can think of where money speaks louder than words. A recent news story brought this home in a big way.

The stats are impressive: In 2012, according to the FBI, there were 721,053 motor vehicle thefts nationwide, with 47,658 in the Los Angeles metropolitan area, 24,660 in the New York metropolitan area, and 24,218 in the Chicago metropolitan area. The money is substantial: the average dollar loss per stolen vehicle was $6,019; and the total loss, nationwide, was more than $4.3 billion. Just because a car is reported stolen doesn’t mean that Insurance Fraud is involved, though sometimes the theft is faked. Even where there is no fraud involved, however, it still has a big impact on the Insurance Industry, including those who provide the coverage and those who pay to be covered; i.e., just about everyone.

The methods range from techno-savvy to run-of-the-mill. Smart keys can be defeated through relay attacks or master transponder keys can be used to create duplicates. Technology can be used to defeat technology; it really is a cat and mouse game. It’s probably a good idea to have a key that can remotely unlock a car as you approach. It’s a little more problematic when the signals between car and key can be copied and extended to fool the car into believing the original key is still allowing it to open as the thief gently opens the door, engages the engine, and drives off to permanently defeat whatever other on-board security devices there might be; all without the owner being any wiser. Many thefts, though, rely on ease of access and opportunity. Studies of stolen recoveries show that a surprisingly large number of cars are stolen using the original keys. Leave your keys in the car and they might stay there, though your car might leave before you get back.

It’s the money, though, that really grabs your attention and makes you realize why it’s so hard to keep auto theft and auto insurance fraud from happening again and again and again.

There was a story in the Wall Street Journal a few days ago that points this out in a big way. The story itself didn’t necessarily have to do with Auto Thefts, or even faked auto thefts, let alone Insurance Fraud. It simply had to do with the vast amounts of money involved when buyers do what buyers do best: buy cars. The only wrinkle was that the car buyers bought high-end luxury cars here in the U.S. and allegedly almost immediately resold them, or rather exported them, to China for a huge profit. According to the report, for example, a BMW X5 xDrive35i retails in the U.S. for $56,025, but in China it has a sticker price of $153,176; buy here, sell there, make a large profit. Cars, container ships, and capitalism; where there’s a will, and almost $100,000 to be made, someone will find a way.

The point of the story was that the federal government was seizing cars and freezing bank accounts of the people and companies allegedly involved in this trade. The government contends the trade violates the contracts the buyers sign when they purchase the car, in which they agree not to export the cars, and it harms the dealers, who should have a right to control their own prices for their own products in their own markets. That, however, is a story for another day.

If $100,000 can be made on buying and then exporting a car, how much more can be made if a thief decides he simply can steal the car? If the first is temptation enough to allegedly break a contract, how much more likely is it that someone will steal the same car thereby foregoing the out-of-pocket expenses involved in actually purchasing it first?

It takes a lot of work to crack an auto-crime ring, and for everyone that gets put out of business there are always more that spring up. The money at stake is high, and the profit motive is definitely there. But think of the cost involved: someone has to pay to replace the cars and insurers have to raise premiums in order to cover that cost. Most people would rather spend money on something they enjoy, than on premiums for something, like car insurance, they need. Thieves take money out of drivers’ pockets every time they steal a car, even if the loss is covered by insurance. Isn’t that a good enough reason to keep fighting the good fight?