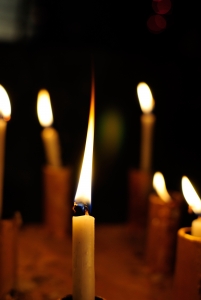 It takes a lot to deny a first-party property claim in New York because of arson. It is not much easier to make that denial hold up in court. As we’ve previously mentioned, when an insured seeks to recover for fire damage under his own policy of insurance, i.e., when he makes a first-party property claim, the burden of proof is on the insurer to establish the affirmative defense of arson, and it has to do so by clear and convincing evidence. Perhaps the best way to understand what that abstract legal rule means, though, is to see how it is applied to actual, real-life claims. There is a case, from not that long ago, Maier v. Allstate Ins. Co., 41 A.D.3d 1098, 838 N.Y.S.2d 715 (3rd Dept. 2007), that does a good job of showing just what type of evidence you need in order to establish an arson defense in a civil case.

The Plaintiff in Maier v Allstate, supra, owned a home in the Town of Sand Lake in Rensselaer County, in upstate New York. For a long time he lived half of the year in Sand Lake and the other half of the year he rented a home in Florida. The same day he was going to move to Florida permanently, a fire completely destroyed his Sand Lake house. The Insured tried to recover for the property damage under his homeowner’s policy of insurance with Allstate; he submitted a sworn statement in proof of loss, making claim to recover a total of $240,000.00 for damage to the house, personal property, and debris removal. The insurance carrier paid off the $92,000.00 remaining on his mortgage, pursuant to the standard mortgagee clause in the policy, but denied the Insured’s claim. When the Insured sued to recover under his policy, the insurance carrier asserted arson as an affirmative defense. After a bench trial, the carrier won and the complaint was dismissed. Not liking the verdict, the Insured appealed. The Appellate Division, Third Department, upheld the verdict. In other words, the carrier met its burden of establishing, by clear and convincing evidence, that the Insured intentionally caused the fire. The evidence the insurance company used, and the trial and appellate court relied on, shows how arson sometimes can be established through even conflicting, circumstantial evidence.

Arson means that the fire was intentionally set. One thing you normally look for to establish arson is the presence of an accelerant, which is a combustible material used to help start, or spread, the fire; think of a flammable liquid such as gasoline. If you find evidence that an accelerant was used, chances are the fire did not start accidentally. Here, there was conflicting evidence about whether or not an accelerant was used:

There was, however, strong circumstantial evidence that the Insured started the fire:

In upholding the trial court’s verdict, the appellate court even relied on the seemingly normal things the Insured did in the week before the fire to prepare to move:

It is not certain whether this evidence would be enough to establish an arson defense to another claim. Arson claims are very fact-specific. This case does show, however, how convincing circumstantial evidence can be. Standing alone, no one piece of evidence is sufficient. Taken as a whole, however, the evidence can tell a reasonable story of how a fire happened and why. It may not have the finality of a good crime drama, but circumstantial evidence can paint a picture that may be clear enough to convince a court that the person who is trying to recover for fire damage is actually the person who caused the fire in the first place.