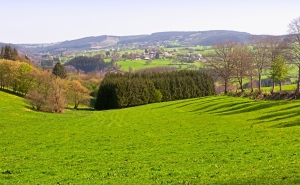 (a) Effect of release of or covenant not to sue tortfeasors. When a release or a covenant not to sue or not to enforce a judgment is given to one of two or more persons liable or claimed to be liable in tort for the same injury, or the same wrongful death, it does not discharge any of the other tortfeasors from liability for the injury or wrongful death unless its terms expressly so provide, but it reduces the claim of the releasor against the other tortfeasors to the extent of any amount stipulated by the release or the covenant, or in the amount of the consideration paid for it, or in the amount of the released tortfeasor’s equitable share of the damages under article fourteen of the civil practice law and rules, whichever is the greatest.

(b) Release of tortfeasor. A release given in good faith by the injured person to one tortfeasor as provided in subdivision (a) relieves him from liability to any other person for contribution as provided in article fourteen of the civil practice law and rules.

(c) Waiver of contribution. A tortfeasor who has obtained his own release from liability shall not be entitled to contribution from any other person.

As most often happens, the rules at least try to be as fair as possible to all concerned:

It’s strange how little things can mean a lot, even in the most unexpected places. The next time you or your business are part of a lawsuit involving multiple parties in New York, it might be a good idea to keep these rules in mind. No matter whether you are a plaintiff or a defendant, a little knowledge can go a long way.

Of course, there’s more to this story than we’ve gone through here, but that can wait for another day.