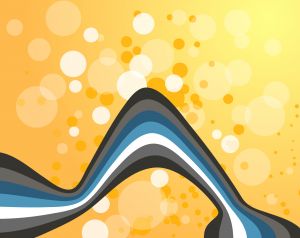 Disputes involving adverse possession of property, or boundary line disputes, in New York always are contentious. As we have previously written, most people take umbrage when someone tries to take their property; property that they paid for, pay taxes on, and have a deed that says belongs to them. Similarly, most people who claim title to land through adverse possession truly believe it belongs to them and only bring claim to it when they find out someone else actually holds legal title to it.

Adverse Possession law in New York has been so contentious that major changes were enacted to it in 2008. Those changes generally make it harder for someone to obtain title to the land through adverse possession. They reflect the belief that obtaining title to land through adverse possession generally is not favored; in many ways it is not fair or equitable. The problem is that the change in the law complicated the issue. Does the new law apply to claims brought after the law was changed, just because they were brought, i.e., an action was commenced in court, after the law was changed? As with all good legal questions, there is a very definitive, straightforward answer, which just happens to be good for business: It depends.

Here, the defendants’ adverse possession claim is founded upon a written instrument, and they allege that they acquired title to the premises on June 27, 2006, 10 years after the deed purportedly conveying title to the defendant Dorothy Kelly was recorded. Since title allegedly vested in the defendants prior to the enactment of the 2008 amendments, the new statutory definition of “claim of right” is not controlling. Applying long-standing decisional law, the defendants made a prima facie showing that they possessed the premises under a claim of right, which was not defeated by their alleged knowledge that Carmen Powell was the rightful owner of the premises (see Walling v. Przybylo, 7 N.Y.3d at 232-233, 818 N.Y.S.2d 816, 851 N.E.2d 1167; Merget v. Westbury Props., LLC, 65 A.D.3d at 1105, 885 N.Y.S.2d 347). In opposition, the plaintiff failed to raise a triable issue of fact as to whether the defendants’ occupation of the premises was under a claim of right.

When you consider what is at stake, applying the law that existed when the adverse possessor supposedly obtained title to the land, rather than the law that exists at the time he goes to court to ratify it, is fair. It is not equitable to retroactively take away someone’s property rights. The law exists for a reason, so that everyone may know what the rules are and guide their own actions accordingly. Even if you disagree with the law of adverse possession as it existed prior to the changes in 2008, you should be able to agree with that premise, and take solace in the fact that the new, more stringent rules will apply to all claims which ripen after that date.